Sacramento Kings 125, Dallas Mavericks 121: a dagger in the heart of Texas 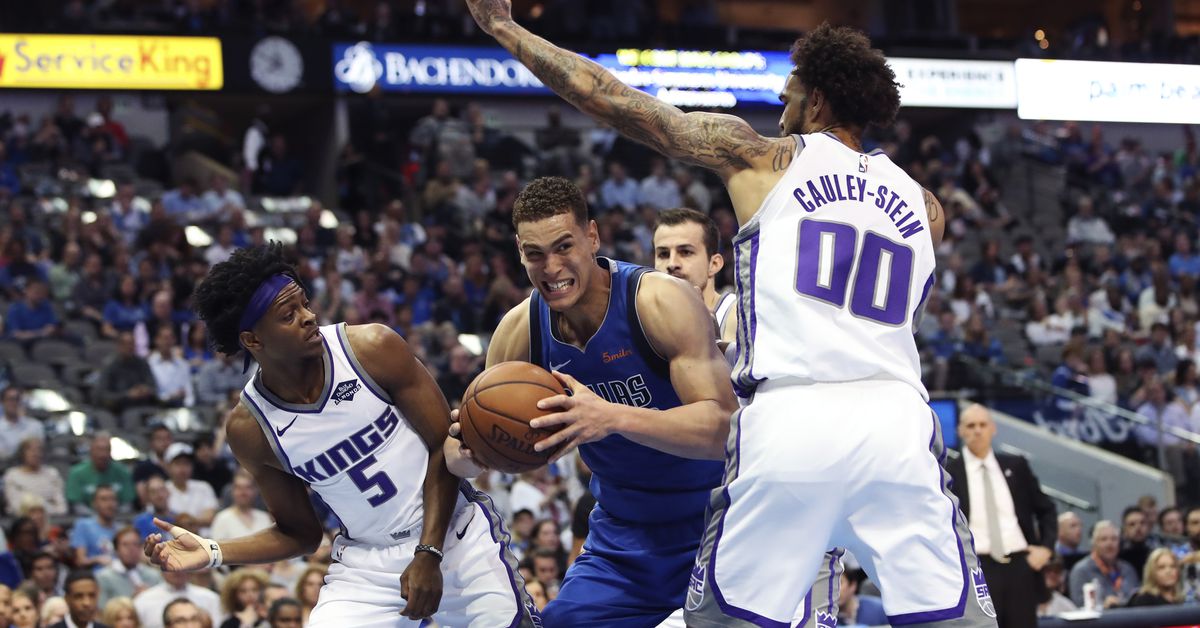 Tuesday night, the Sacramento Kings were in Texas to try to finish their series of the season with the Dallas Mavericks.

Buddy Hield led the race with two wins for Sacramento earlier this season, averaging 28.5 points. Marvin Bagley III was also singled out in his debut against the Mavericks last Thursday with 22 points, 12 rebounds and 4 backs.

For Dallas, Luka Doncic was the best scorer in the series, averaging 20.5 points, 8 rebounds and 6 assists before tonight. However, he had struggled against his efficiency against the Kings, with a 38.2% FG% and a 20.0% 3PT% at their previous meetings.

The two teams were also trading partners last month as part of a deal that traded Harrison Barnes against Justin Jackson and Zach Randolph. Since then, Barnes has scored 14.9 points and 6.2 rebounds per game, while Jackson posted an average of 6.3 points and 1.9 rebounds. Zach Randolph was raised after the trade.

The Kings took the lead early in the game, with a 15-7 lead in the first five minutes of play. Bjelica, Barnes and Fox each provided a pair of buckets right out of the gate. The theatrical play established by Sacramento seemed to briefly put the legendary Dirk Nowitzki on his heels. He missed both shots in the first quarter, turned over the ball and made a mistake before sliding to the ground.

The tempo slows when the Kings bend over to ask Marvin Bagley to work in the job. They went to him on four consecutive possessions. The rookie made a move on the first, missed a rider on the second, hit an almost identical rider on the third and passed the score to three for Yogi Ferrell in the fourth.

Despite a resurgence of the Mavericks, the Kings had a lead of 25-23 at the end of the first.

Dirk regained his balance in the second quarter, scoring seven points in minutes. Nowitzki, associated with Luka Doncic's efforts, allowed the Mavs to take a five-point lead at three minutes of the second. Luka finished the half with 18 points on only 10 field shots, with an impressive 9 tables and 5 courses.

Hield was notably absent from his usual high-impact role. He did not connect at his first shot before half of the second quarter. When his 28-foot lift rang from rim to ringer, the Mavericks had a 54-56 advantage.

The third quarter was dominated by points in the painting. Willie Cauley-Stein foresaw his presence with a nasty dunk while Dwight Powell found success on the edge of the field. They exchanged blows to the body, neither of the two teams can win in depth. The Mavericks and Kings were a combined 11 for 39 from the bow to the six-minute mark of the third.

The triples finally began to fall towards the end of the quarter, but neither team was able to separate from its competitors. The third quarter alone saw four draws and nine lead changes. The dashboard showed 87-89 as the last period approached.

The fourth quarter was no different because the teams had foiled possession after possession. Whenever the Mavericks felt like they were leaving, the Kings did what they had to do to keep him close. A devious flight and a finish from Yogi Ferrell on an inbound pass tied the match at 97-97.

The game seemed to slip between Sacramento's fingers after five minutes, when Maxi Kleber made his fourth quarter of the game to bring the deficit to 102-110. But once again kings fought back. Bogdan Bogdanovic was hit by Buddy, then Fox scored two crucial free throws to equalize to 112 points.

The Kings, who got the bonus six minutes from the end, actually took advantage of their fairways to party. Despite the fact that they were near the bottom of the league in terms of FT% all year, they logged 11 out of 12 in the fourth quarter.

Sacramento smothered the Mavericks with energy and defensive energy all over the place. Three other Buddy clutches and Fox's smart decision making ensured victory. The final score was Sacramento's biggest advance since the first quarter: 125-121.

The Kings continue their journey to New Orleans on Thursday night. They face the Pelicans at 5 pm Pacific Standard Time.