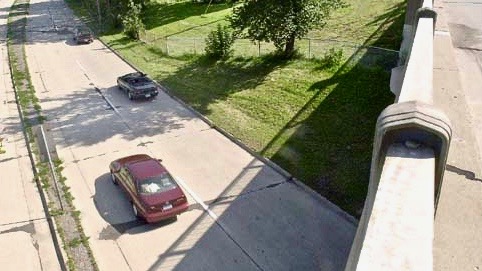 After a series of public complaints, St. Paul officials announced that they would replenish Ayd Mill Road in ruins and loaded with potholes this season – a project that was not expected to last more than two years.

"Ongoing efforts to repair and maintain the road regularly are expensive and no longer sufficient or sustainable. We can not wait until 2021 to undertake this project, "said Kathy Lantry, Director of Public Works, in a written statement.

The road carries 24,000 vehicles a day and has been warmed in recent years.

But after the winter thaw, residents complained on social media that their disrepair was a danger to the road.

The announcement of the $ 3.5 million project took place after city officials had already released their list of road projects for 2019.

The total budget of the old list of "factories and overlays" was $ 2.7 million, which means that the Ayd Mill project alone will exceed it.

In addition, the city is spending $ 3.5 million to refurbish parts of downtown this year as part of a separately funded special project.

"Molding and cladding" means grinding the top two inches of asphalt on a street (the "mill" portion), and then replacing it (overlaying) with a new two-inch liner.

The money for the Ayd Mill project will come from a now-defunct $ 6 million plan for rebuilding the neighborhood streets surrounding Woodlawn and Jefferson avenues – a project that was defeated after the neighborhood residents opposed the force.

The 1.5-mile strip of Ayd Mill has few facades of private property, which means the city can not count on valuations to re-register, a mechanism that usually covers half the cost.

"This is one of the most expensive streets to maintain in St. Paul and one with the busiest traffic," said Public Works spokesperson Lisa Hiebert.

The exact timing of the overlay has not been determined. Although the construction season usually ends in October.