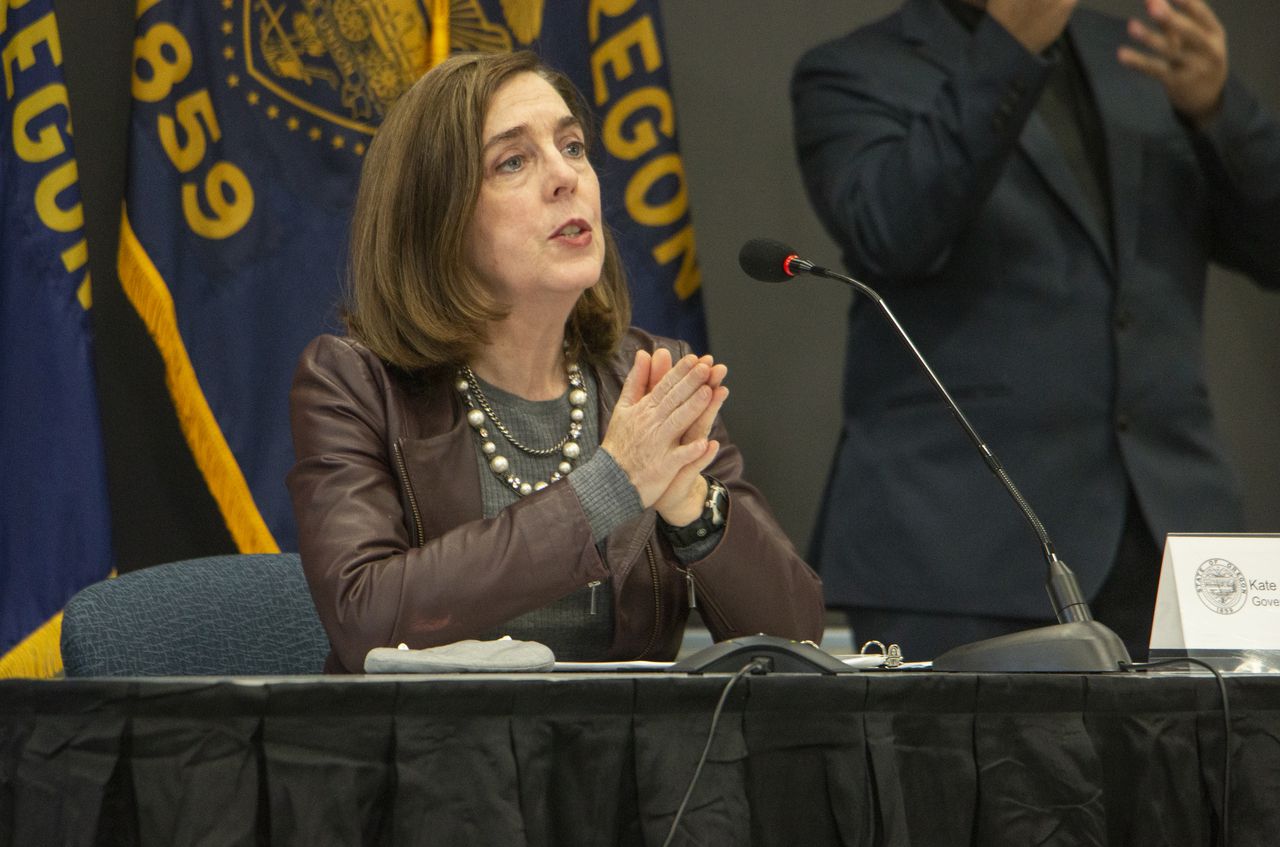 The drivers made a trailer from Oregon to the Capitol in Salem on Saturday, calling on Governor Kate Brown to “stop the break” over restrictions caused by COVID-19.

More than 100 people, most of whom were not wearing masks, gathered in the plaza across Court Street from the Capitol in the afternoon.

In 41 degree weather and with hot coffee in hand, participants held signs with phrases such as “Mask = Muzzle”, “Complete Your Mandate” and “We Will Not Respect”. Some held American, Trump or “Don’t tread on me” flags on either side of the street as cars passed.

“The government … can’t decide what’s best for the people,” said Joyce Stafford, who left Roseberg to participate. Others came from Albany, Eugene, Springfield and Corvallis. “They can’t make unconstitutional warrants and expect people to follow them.”

Brown ordered a two-week “freeze” earlier this month to slow the spread of the virus.

Statewide restrictions run from November 18 through December 2 and include Thanksgiving. They limit restaurants to take-out only; close to gymnasiums, museums and outdoor recreation facilities; limit the capacity of stores; and limit social gatherings, even in private homes.

Some businesses in the Salem area, including Courthouse Club Fitness and Flex Fitness, remain open anyway.

All freezing measures are enforceable by law, although many local state agencies have said they will not act. Whereas actions were previously “self-executed”, a person can now be cited, fined or arrested if caught breaking the order.

Saturday’s event included speakers on Capitol Hill where three booths were set up, one featuring information about the fraudulent vote and the others selling Trump memorabilia and flags.

Later, a few dozen attendees made their way to the Governor’s Mansion, also known as Mahonia Hall. Organizers said they heard Brown was in Hawaii, but staff in Brown’s office confirmed she was in Oregon.

No police were seen at the Capitol. A police vehicle marked with Salem was parked near the mansion, along with two unmarked police cars and two policemen on bicycles.

When protesters activated car alarms and honked their horns in the southern district of Salem, officers told them they had to stop because it would be a noise violation. They were also told to stay off the street so that cars could drive.

“What she says doesn’t matter to us,” Shipman said. She showed off a mask she had in her pocket with the slogan “Dump Kate, Vote Trump” on it.

“I choose not to wear a mask,” Shipman said. “I’m a hug. I am at rallies all the time. If this so-called virus were as bad as they say, don’t you think I would have caught it by now? “

The Oregon Health Authority reported a second consecutive day of new record-breaking COVID-19 cases on Saturday. There were 1,509 new confirmed or suspected cases announced on Saturday and seven more people have died, officials said, bringing the state’s death toll to 819 during the pandemic.

Saundra Alma of Albany said there had been grassroots efforts every week across the state fighting over different issues she said related to patriotism, involving groups such as stop theft, stop the closure and support blue.

“We’ll see more in the future,” she says. “It’s safer for us to do it here in Salem than in Portland.”