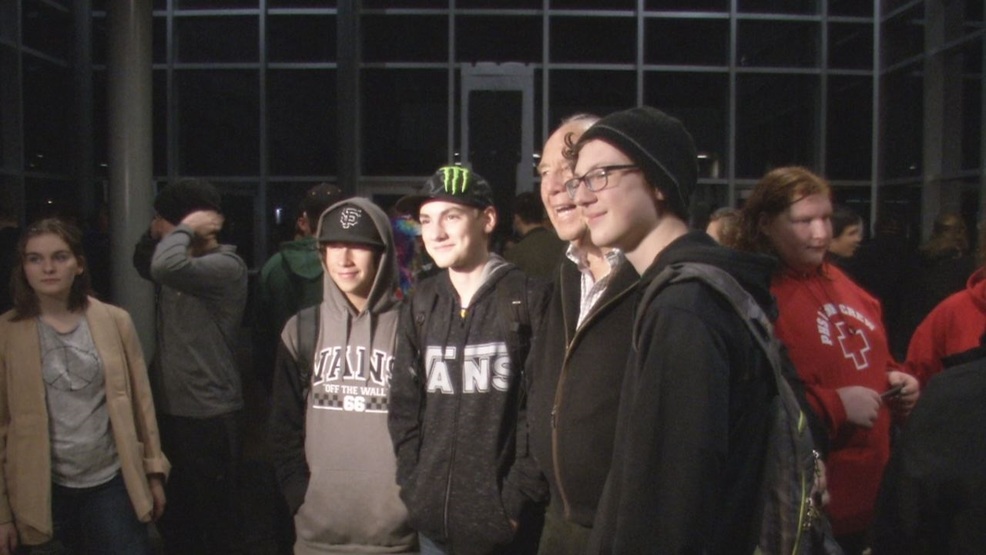 Bob Wilson, in the middle, is surrounded by students from Paradise High School who have just received a check for $ 1,000.

A millionaire from San Diego donated more than $ 1 million to students and staff at Paradise High School after the city fire.

Bob Wilson, the benefactor responsible for the important donation, held Tuesday night in the lobby of a building in Chico High School, while people thanked him for his generous action. . Hundreds of people lined up at Chico High to collect their $ 1,000 check. Nobody seemed to worry about the rain, and inside there was pure joy.

Wilson never visited Paradise, but when he heard of what happened to the city, he knew he had to act.

"The high school had a big impact on my life, and the more I thought about it, I thought, if I could just smile at them, you see? Give them a little breath, that's what I wanted to do, "said Wilson.

Wilson does not see any problem with children spending their money. He says it's entirely up to them. Some have wondered why he would give money directly to students, but that is part of his philosophy.

There are 980 students at Paradise High School and 105 employees, which means that Wilson has donated nearly $ 1.1 million of his money.