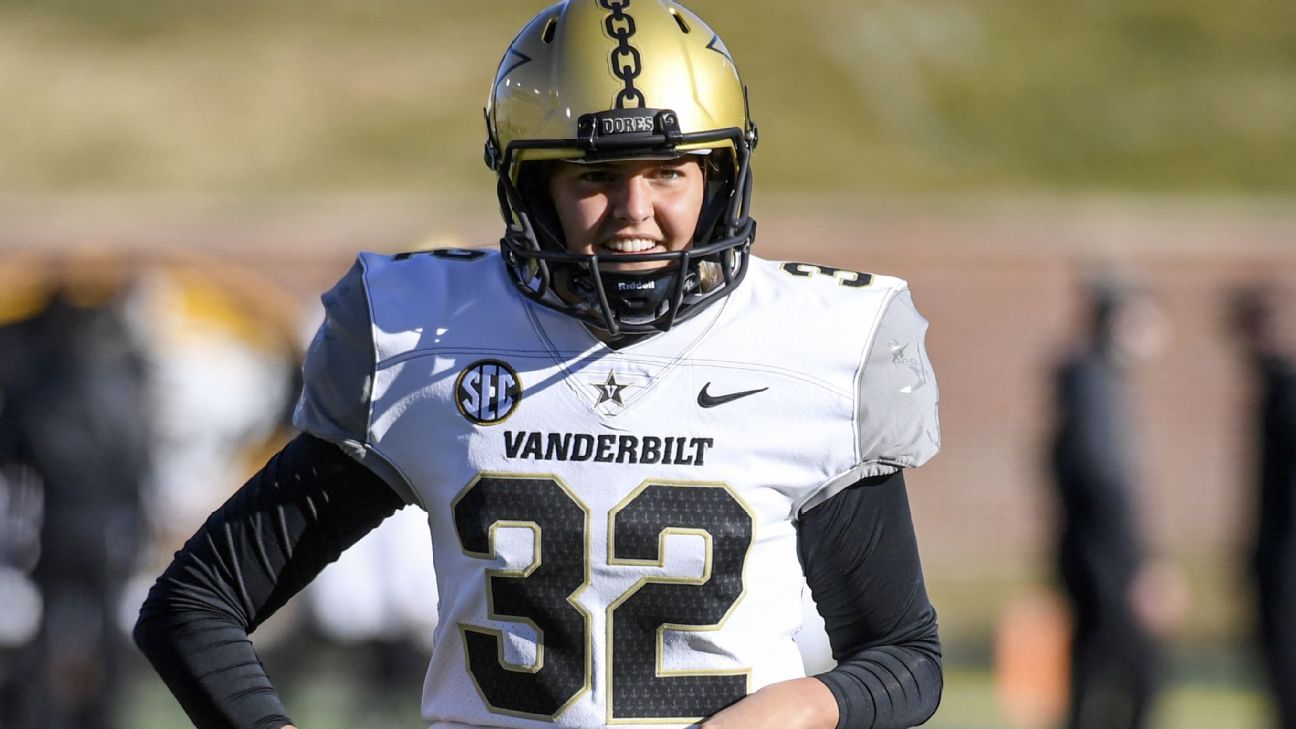 Last weekend, Fuller became the first woman to play for a Power 5 team game when she delivered the second-half kickoff against Missouri – a designed squib kick that was shot without return on the 35-yard line.

Fuller was previously a goaltender for the Vanderbilt Conference Championship football team and was added to the roster days before the game.

Vanderbilt interim coach Todd Fitch told reporters on Tuesday Fuller is training with the team and will be on the travel list.

Fitch said none of the specialists who missed last weekend’s game due to COVID-19 protocols returned to the team.

Fitch added that he would consider adding to the kicking depth by evaluating players in other positions or bringing in someone who is not currently on the squad.

“She will be with us on the trip to Georgia and we will put the best people there,” he said. “If she’s our best option, we’ll continue with her and do our best for the team.”

With a kick against Missouri, Fuller became the third woman to participate in an FBS football game, joining Katie Hnida of New Mexico and April Goss of Kent State.

On Monday, Fuller was named SEC Special Teams Player of the Week.