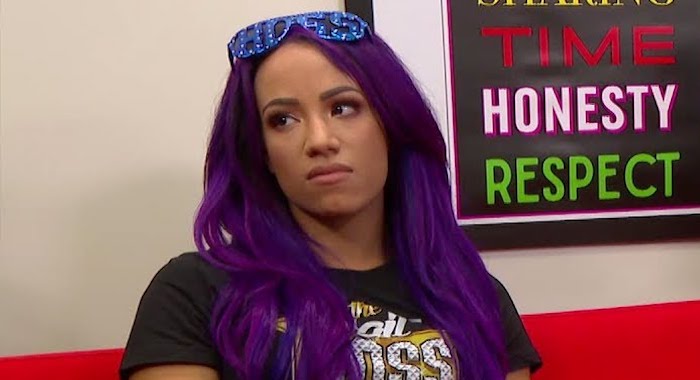 The story of Sasha Banks has now taken a new turn, since The Boss recently released a photo of herself with Bayley and The IIconics. The photo was obviously taken after WrestleMaia 35, where The Boss 'n' Hug Connection dropped out of the WWE Women's Tag Team Championships.

The defeat against the IIconics group apparently did not favor Banks' assertion that he would have been released from the WWE. Of course, she and Bayley were unhappy about losing the belt because they felt like they were getting a long championship. Banks and Bayley wanted to create end-to-end titles, but that will not happen anymore.

Since Mania, Sasha has missed Monday night gross, posted a long statement on Twitter and sent a story on Instagram that seems to show on vacation. Now, the last picture of her and Bayley with The IIconics seems to suggest that there is no heat between the four women.

Apparently, Banks and Bayley had no problem abandoning the titles of The IIconics, they simply had a problem of abandoning titles. Whether or not the case remains to be seen.

Some fans might say that this article is proof that Sasha has no problem. Is it possible that this whole story is just a misunderstanding? Or could all this finally lead to Sasha's departure from the WWE?

Come back with Pro Wresting to learn more about this story as it develops.

Is the SAG Award for Best Casting an Oscar for Best Picture?

Dan rather and more congratulate him