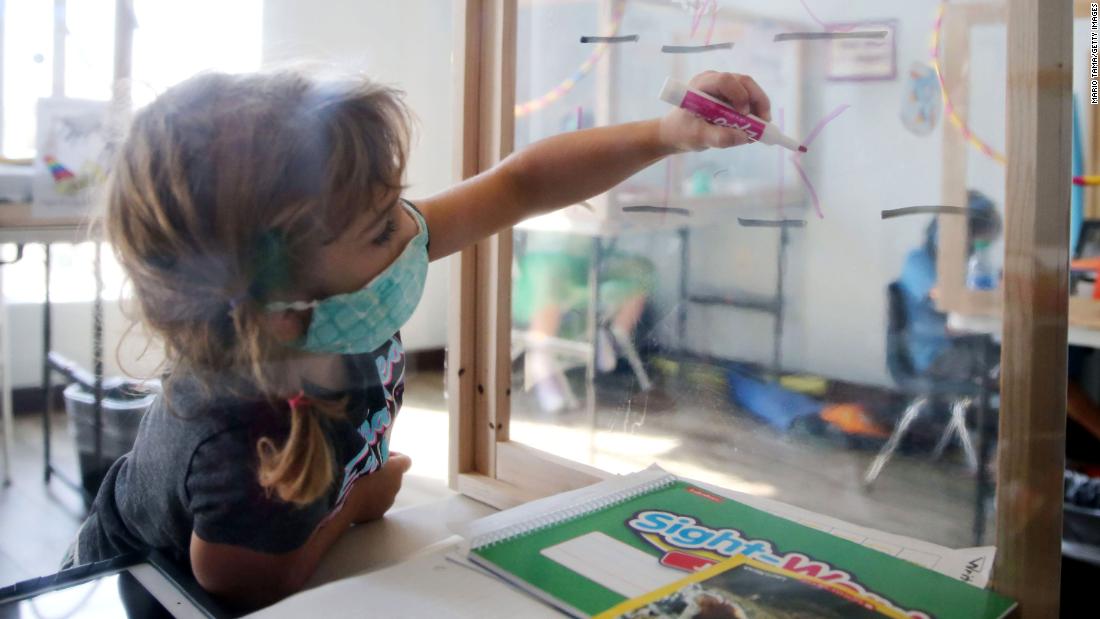 A study in Arizona showed that schools without a masking requirement were about 3.5 times more likely to have a Covid-19 outbreak than schools that had a universal masking requirement.
A second study showed that counties in the United States where schools required the use of a mask also had less transmission of the virus to the general community.

For the first study, the researcher looked at data covering about 1,000 K-12 schools in Maricopa and Pima counties in Arizona, which are home to more than three-quarters of the state’s population.

A school was considered to have a mask requirement if all people – including students, staff, faculty, and visitors – were required to wear a mask indoors, regardless of their immunization status. A school was considered to have an epidemic if there were at least two new cases among students or staff within a 14-day period, starting one week after the start of school.

From mid-July to the end of August, 191 school-related outbreaks occurred, according to the CDC. Schools with universal masking requirements in place at the start of school accounted for about 31% of all schools analyzed, but only about 8% of outbreaks. Meanwhile, no-masking schools accounted for 59% of these outbreaks, but less than half (48%) of the total set of schools analyzed.

In early August, the CDC adjusted masking recommendations in schools to include everyone, regardless of vaccination status, due to the prevalence of the more contagious Delta variant.

“I would say the data actually absolutely shows that masking is reducing outbreaks in schools,” CDC director Dr Rochelle Walensky said on Monday. “So in order to keep our kids in school, to get them to school, to protect them, masks are really the way to go.”

Another CDC study released Friday suggests that the effects of masking policies in schools also appear to extend beyond the walls of the classroom.

For this study, the CDC analyzed the rates of pediatric cases in about 500 counties in which mask requirements were consistent for all schools in the county and were applicable to all students or no student. The results were adjusted to monitor county-level pediatric vaccination rates, but not for teacher vaccination rates or school test data. Immunization data is not available at the school level.

CDC stresses the importance of ‘diaper prevention strategies’ – including vaccination, testing, improved ventilation and physical distancing as well as masking – to stop the spread of Covid-19 and create safe school environments with minimal disruption.

A third study released by the CDC on Friday found that 96% of K-12 schools nationwide were fully open to in-person learning. But more than 900,000 students and nearly 60,000 teachers were affected by closures linked to the Covid-19 epidemics between August and mid-September. The closures affected schools in 44 states and most were in the South.

In recent weeks, children 5 and older have had higher rates of Covid-19 cases than any other age group, CDC data shows. Children aged 12 to 17 also have the lowest vaccination rates of any age group. Children under 12 are not yet eligible to be vaccinated against Covid-19.

Dr Scott Gottlieb, former U.S. Food and Drug Administration commissioner and Pfizer board member, said it was not yet time for masks to be optional in schools.

“I think we’re going to have to get to a point where vaccines are widely available in schools,” he told CNN on Thursday. “Schools are not inherently safe environments, but they can be made safer by taking the proper precautions. Masks are certainly a tool.”