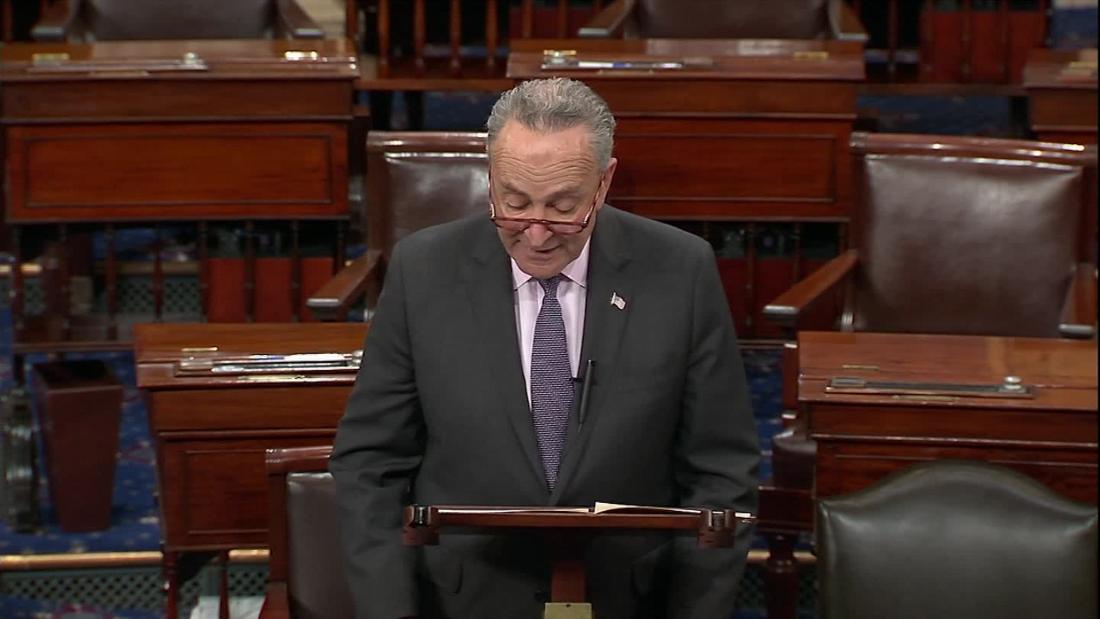 McConnell objected this time by saying that he wanted to give Attorney General William Barr and Mueller the time to finish their investigations and because Barr is committed to making this report public, but he should not be in a hurry.

"It is not unreasonable to give the special council and the Department of Justice time to complete their examination in a professional and responsible manner," McConnell told the Senate. "Remember, as I said earlier, it is likely that we are dealing here with other potential lawsuits, classified information, damaging to people's reputations." There is no evidence that the Attorney General will not produce as much information as possible for all of us, and why I objected, I think it's a reasonable thing to do. "

Schumer criticized McConnell's objections, saying the Republicans supported the wording in his resolution.

"This language was enough for all Senate Republicans and all Democrats," Schumer said following McConnell's remarks. "The president himself says that it should be made public.It is hard to understand why the majority leader should stand up with objections that no one else has judged to be reasonable or viable and to oppose this resolution.The report should be made public and the Senate should resolve it. "

The same resolution was passed in the House by 420 MPs earlier this month but was blocked by Senator Lindsey Graham, as the Republican of South Carolina and his close ally of the President said they would add wording according to which a special council would be appointed to investigate Hillary Clinton related issues.

Trump’s impeachment: is it constitutional for the Senate to convict a former president?

At 78 and oldest president, Biden sees a changed world