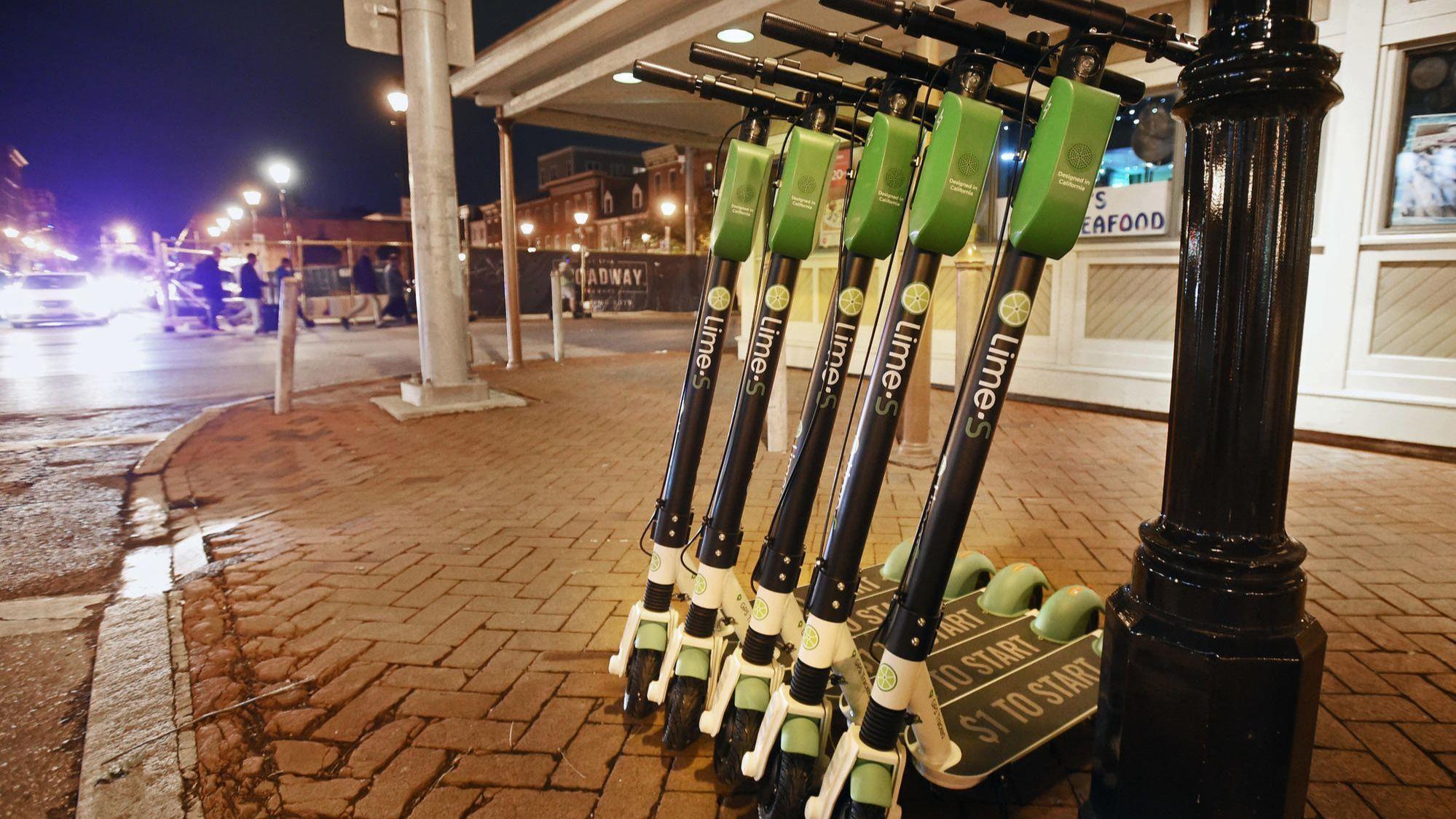 Baltimore City Council gave its preliminary approval on Monday to a law that would set rules for scooters without berths and bicycles on the streets of the city.

The vote followed a previous failure in the city's Department of Transportation's proposed by-law, which, after a backlash, was amended to remove a $ 1,000 fine and imprisonment penalties for drivers who break the rules. . People who drive illegally on a scooter or park now face a $ 20 fine.

The council moved the bill unanimously.

The legislation would require Bird, Lime, Spin, JUMP and any other company licensed to operate a fleet in the city to pay an excise tax of 10 cents per scooter or bicycle.

"The agency has worked hard and in good faith to develop a policy that will work for the city," said Lester Davis, deputy chief of staff of the board's chairman, Bernard C. "Jack" Young. "We are in a good place and we are ready to start."

Scooters were licensed in Baltimore as part of a pilot program. The permanent rules, which would replace the pilot if they were adopted, likewise require companies to provide "equitable access to boggy vehicles that can be rented throughout the city and in underserved areas," says the project. law.

To receive a permit, companies would be required to provide their names, insurance documentation, a city compensation agreement, a bond to cover the damage to the city property or the costs associated with it. to the collection and storage of equipment not properly parked, as well as any other document requested by the city.

Under these rules, companies would be liable to penalties of $ 1,000 for a number of offenses, including: having more vehicles than allowed, driving without a license, not providing the required data or reports, not inform the city of a data breach, display ads on bikes or scooters, not having maintained a 24-hour phone support, having failed to comply with national safety standards, not having provided equitable access and did not meet the other requirements established by the city.

Offenses that could result in a penalty of $ 500 include: failure to remove dockless vehicles from streets between dusk and dawn, to ensure that vehicles are parked in accordance with the rules and to have a hard time move scooters or parked bikes in a timely manner.

The riders would be entitled to a $ 20 ticket if they drove too fast (more than 15 km / h on a scooter and 20 km / h with an electric motor), or even on the sidewalk in some cases.

The amendments also removed a proposal to ban runners under 16 using scooters or bicycles. At present, young people would be allowed to use them if they wore a helmet.

Other details, such as the number of vehicles allowed, age limits and other rules have been removed to allow the Transportation Department to have discretion and discretion. 39 a control over the licensing process, which is easier to revise than a city ordinance, said Jed Weeks, director of policy. for Bikemore, the city's cycling advocacy group, which helped draft the bylaw.

"Everyone is open, even at the level of prescriptions, to continue to evaluate and adjust," said Weeks. "If we pass this law and all companies say that we can not operate under these circumstances, I am sure we will adapt to reasonable complaints."

Bird, the first of the operators to install scooters on the streets, feared that the threat of sanctions would discourage his independent contractors from working for the company in Baltimore.

Councilor Mary Pat Clarke plans to add another amendment before the vote to ensure that sanctions are applied to businesses, not to their independent contractors.

He thought the company was upset to complain about the draft regulations, knowing that she had dropped the scooters into the streets of the city last summer without asking permission.

"If Bird does not like the rules and regulations, they have arrived by plane and they can fly back," said Reisinger. "I'm mad."

Bird, Lime and JUMP Bikes spokespersons, who have not yet been launched in Baltimore but are allowed to do so, have not responded to requests for comments on the record.

Dan Winston, general manager of Spin for Baltimore, Washington and Northern Virginia, said the company valued the regulatory framework that "allows us to build our business and operations to meet public goals. . "

"We think it's a good set of regulations," Winston said.