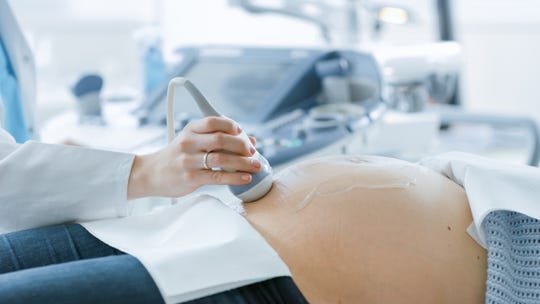 Australian doctors claimed to have identified the second group of semi-identical twins, who share 100% of the mother's DNA, but only part of the father's DNA. (Photo: Getty Images / iStockphoto)

According to an Australian doctor, a boy and a girl were identified as nearly identical twins.

The twins, now four years old, share 100% of their mother's DNA, but only part of their father's DNA, said a peer-reviewed case report published in the New England Journal of Medicine on Thursday.

Identical twins occur when only one egg is fertilized by a single sperm, then splits in half, sharing 100% of both parents' DNA. For fraternal twins, each child develops from a single egg fertilized by his own sperm, each sharing half of his parents' DNA.

"It is likely that the mother's egg was fertilized simultaneously by two of the father's spermatozoa before division," said Nicholas Fisk, Fetal Medicine Specialist and Vice President of Research at the University. of New South Wales, in a statement. Fisk assisted in the case and led the team that took care of the mother and twins during their hospitalization in 2014.

Semi-identical or "sesquizygotic" twins were first reported in the United States in 2007.

Australian doctors say that this second series is the first to have been discovered during pregnancy. Fisk said the mother's ultrasound at six weeks indicated that she was expecting identical twins, but a second ultrasound performed at 14 weeks identified them as men and women, which is not possible with identical twins.

Dr. Michael Gabbett, a clinical geneticist at Queensland University of Technology and lead author of the study, said that "sesquizygotic" embryos generally did not survive because the three sets of chromosomes – one of the mother's and two of the father – created when an egg is fertilized by two sperm are often "incompatible with life".