Several asteroids comparable in size to the Washington Monument and the Great Pyramid of Giza will be heading towards Earth in the coming weeks, according to the NASA asteroid tracker.

Each of these asteroids has an estimated maximum diameter of around 160 meters or more. This is remarkable, because an asteroid must be at least 140 meters in diameter to be considered a potentially dangerous asteroid (PHA).

The first asteroid to come to Earth, dubbed 2021 SM3, measures between 72 meters and 160 meters and is expected to fly over Earth on October 15. For comparison, the Washington Monument is 169.29 meters high and the Great Pyramid of Giza stands 130 meters.

It is unlikely to actually touch Earth and should only pass at a distance of about 4.8 million kilometers. It’s much farther than the Moon’s distance from Earth, but it’s still classified by NASA as a Near Earth Object (NEO). For comparison, the Moon maintains a distance of 384,400 kilometers from Earth.

But 2021 SM3 will be followed five days later by an even larger asteroid heading towards Earth. Dubbed 1996 VB3, the size of this asteroid ranges from 100 meters to 230 meters, more than the height of San Francisco’s iconic Golden Gate Bridge, and is expected to fly over Earth on October 20. This asteroid is expected to pass even closer to the planet, about 3.2 million kilometers away, although it is still not expected to have an impact on the planet.

And just five days after that comes another massive asteroid.

This one, known as the 2017 SJ20, has a diameter ranging from 90 meters to 200 meters, the maximum being more than twice the size of the Statue of Liberty of 92.99 meters high, and will pass the 25 October at a distance of over 7.1 million. kilometers.

But while that is all for October, other large asteroids are expected to approach in November.

The first of these will take place on November 2. Called 2017 TS3, this asteroid will measure between 98 meters and 220 meters, and will pass the Earth at a distance estimated at about 5.3 million kilometers.

Another even larger is expected to arrive on November 13, flying over Earth at a distance of about 4.2 million kilometers.

This massive asteroid is known as the 2004 EU and is estimated to be between 170 meters and 380 meters in length. For comparison, it’s almost the size of the Empire State Building in New York City. 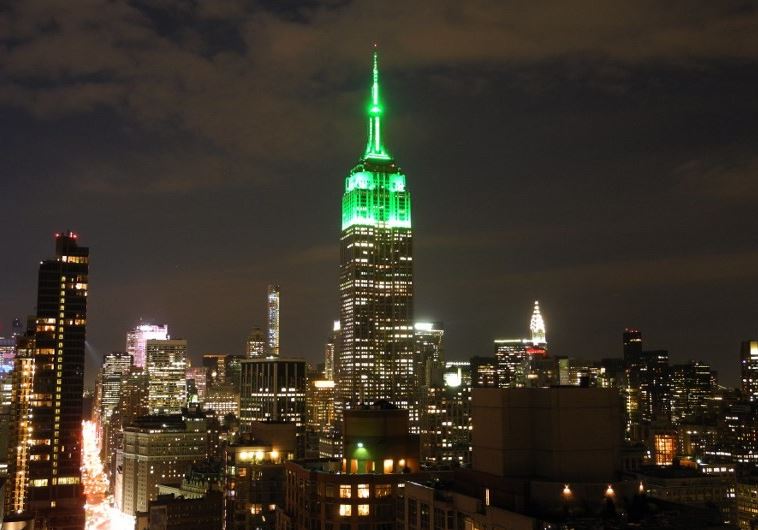 The Empire State Building lit up green for the Eid al-Fitr celebration which marks the end of Ramadan on July 17, 2015. (AFP PHOTO / BRIGITTE DUSSEAU)

A week later, on November 20, another asteroid, dubbed 2016 JG12, is expected to pass Earth at a distance of about 5.5 million kilometers. This asteroid is not as huge as the previous one, but is considerably large, with an estimated diameter of up to 190 meters, larger than the 184-meter-high Seattle Space Needle.

A day later, on November 21, another massive asteroid will pass the planet. Known as the 1982 HR, or 3361 Orpheus, this asteroid is 300 meters long – for comparison, the Eiffel Tower is 324 meters high – and will pass about 5.7 million kilometers from Earth.

And to complete the month of November, 1994 WR12, an asteroid with a size between 92 meters and 210 meters, which is expected to fly over the planet on November 29 at a distance of approximately 6.1 million kilometers.

Almost all of these asteroids are of the Apollo class, which means that their orbits around the Sun may intersect our own planet’s orbital path, but their orbits are also wider than those of Earth.

The only non-Apollo asteroid mentioned above is 1994 WR12, which is classified as an Aten-class asteroid, meaning that it traverses Earth’s orbit around the Sun but spends most of its orbit inside Earth’s orbit.

Asteroids frequently fly close to Earth, with some being comparable in size to these aforementioned asteroids, but others being much smaller. However, even small asteroids could cause massive damage to the planet.

For comparison, the last known significant asteroid impact occurred on February 15, 2013, when an asteroid exploded in the air over Chelyabinsk, Russia. The asteroid was only 17 meters wide and, although it claimed no casualties, the shock wave from the explosion shattered the windows of six different Russian cities and forced 1,500 people to receive medical treatment. medical.

Fortunately, NASA has estimated that the Earth is not likely to be impacted by an asteroid in the next 100 years, although this applies in particular only to asteroids coming from the “front”, that is to say towards the Earth and the Sun. Asteroids coming “from behind”, towards Earth away from the Sun, are still notoriously difficult to detect. On September 16, asteroid 2021 SG, measuring between 42 meters and 94 meters, flew over Earth, and scientists never even knew it existed, let alone hover over the planet, until the next day.

An asteroid impact remains one of the most dangerous natural disasters possible, although they are unlikely. It is for this reason that astronomers around the world, including at NASA’s Planetary Defense Coordination Office (PDCO), are working to monitor all nearby asteroids and calculate their trajectory to see if the one of them poses a threat to the planet.