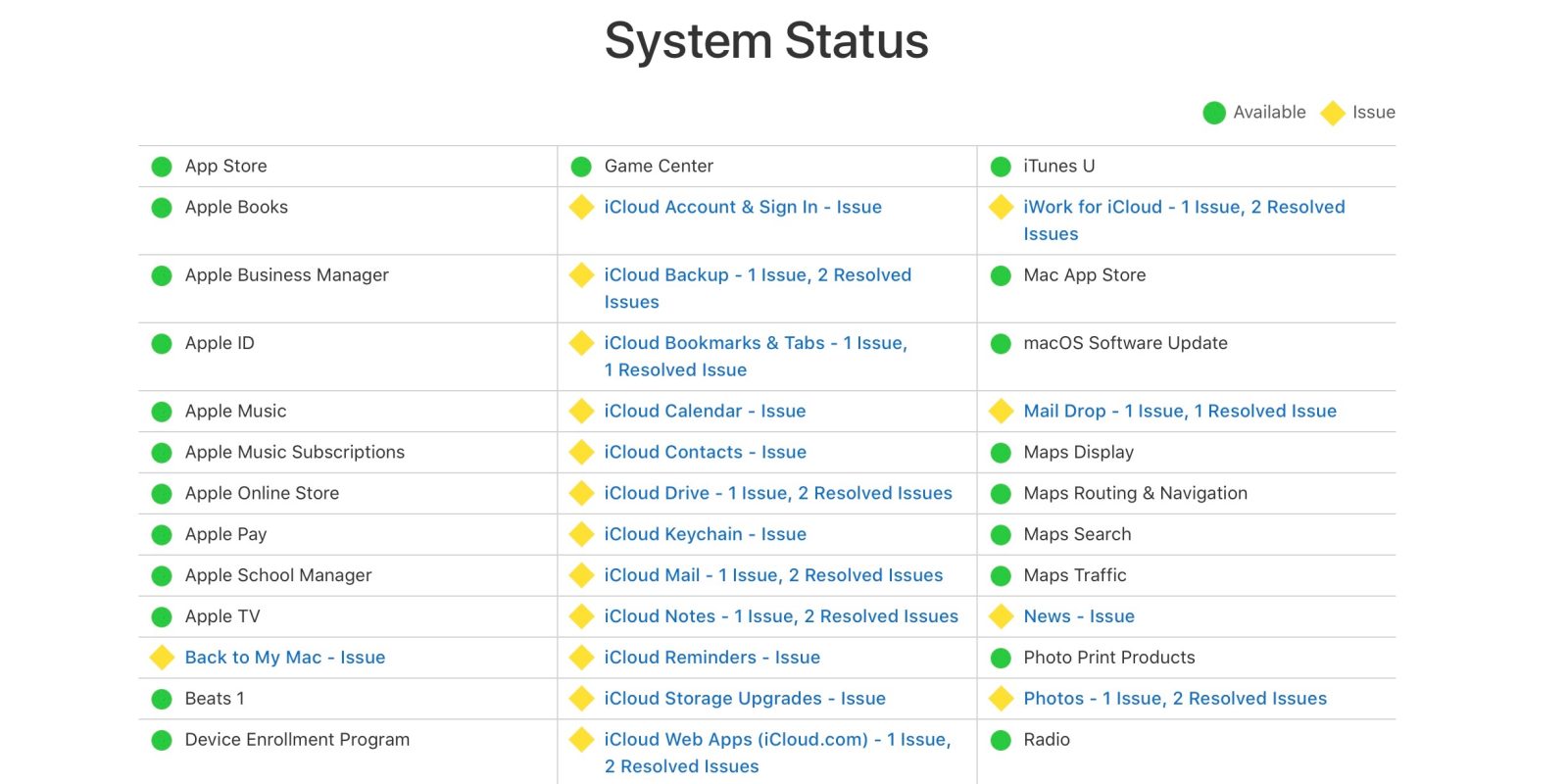 After Facebook witnessed what we called yesterday the world's worst disaster, Apple is having problems with many of its services, including iCloud, Photos, News, and so on.

ICloud and other service failures began several hours ago and are still ongoing. Users can see some services that are completely unavailable, such as iCloud Player, Calendars, Notes, Keychain, Backups, and iCloud Account Login.

The Photos, Apple, Find My Friends, and News apps are also affected by these issues. Apple has not provided an approximate schedule for the return of online services.

Yesterday, Facebook experienced a serious breakdown that lasted most of the day for many users. Many rumors are circulating about the cause of the downtime, such as a DDoS attack. however, Axios reported earlier today that it was the result of a BGP routing error:

One outage that prevented many people from accessing Facebook and Instagram on Wednesday was caused by a particular type of routing problem called Border Gateway Protocol (BGP) leakage, according to the Netscout networking company.

Hope this will not take all day to Apple to solve today's service problems.