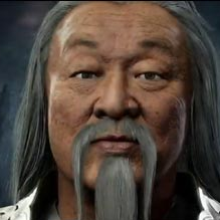 A trailer was shown in the C2E2 panel that reveals The Krypt as a playable game mode. It takes place on the island of Shang Tsung, and the returning fighter is the host.

In addition to adding Shang Tsung to the list of players, the character is described in the game by Cary-Hiroyuki Tagawa – the actor who played it in the original Mortal Kombat movie.

At that time, the gameplay of Shang Tsung was not revealed.

Krypt is a mode that allows players to walk around and explore an area filled with numerous chests and boxes that can be opened to unlock various items. These unlockable items traditionally go from things like new brutalities and fatalities to artistic concepts and coins.

Earlier in the panel, NetherRealm Studios revealed that Noob Saibot was a playable character. Unlike Shang Tsung, Noob will be part of the Mortal Kombat 11 launch list.

Mortal Kombat 11 will arrive on PlayStation 4, Xbox One, PC and Nintendo Switch on April 23rd.