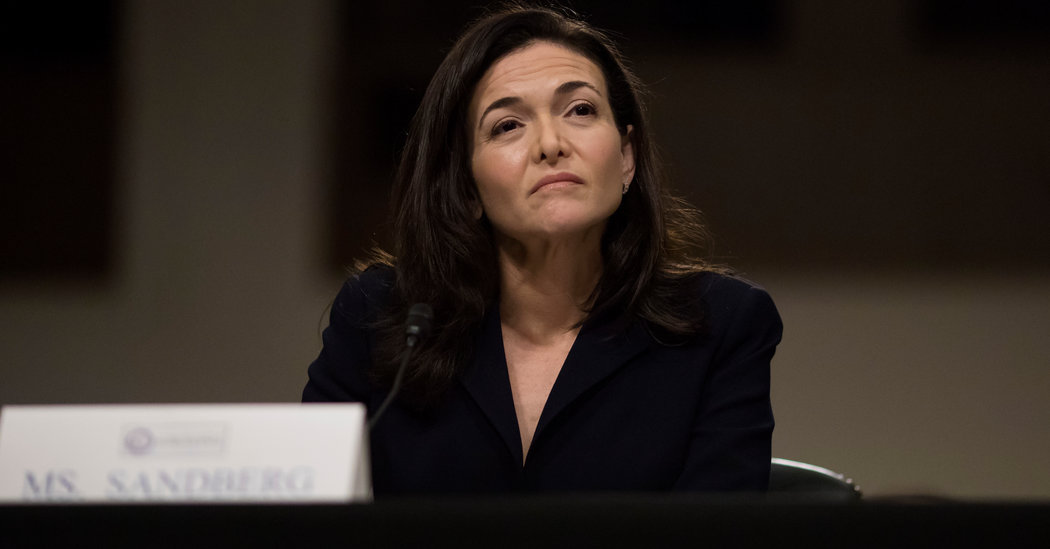 Sheryl Sandberg asked Facebook's communications team to study George Soros' financial interests as a result of his highly publicized attacks on tech companies, according to three people familiar with his request, stating that the commander in question Facebook's second was directly involved in the social network's response to the liberal billionaire.

Sandberg, Chief Operating Officer of Facebook, requested this information in an e-mail to senior communications and policy officers in January. The e-mail arrived a few days after Soros' hot speech at the World Economic Forum, attacking Facebook and Google as a "threat" to society and calling for corporate regulation.

Ms. Sandberg, who attended the forum – but was not present at the Soros speech, told a subordinate – asked subordinates to consider why Mr. Soros had criticized technology companies and he should have a financial benefit. attacks. At the time, Facebook was increasingly under scrutiny for the role its platform had played in spreading Russian propaganda and in promoting hate campaigns in Myanmar and in other countries.

These efforts, revealed this month in A New York Times investigation sparked a public relations debacle for Sandberg and Facebook, accused of smuggling anti-Semitic attacks against the billionaire. Facebook quickly returned the Definers.

Those familiar with Ms. Sandberg's e-mail requested anonymity because they were not allowed to discuss the message and feared retaliation.

In a statement, Facebook said the company had already started researching Mr. Soros when Sandberg made the request.

"Mr. Soros is a leading investor and we looked at his investments and his Facebook trading business," said the company. "This research was already underway when Sheryl sent an email asking if Mr. Soros had bypassed Facebook's actions. "The company stated that although Ms. Sandberg" assumes full responsibility for any activity that occurred under her supervision, "she personally did not conduct any research on Freedom from Facebook. , an anti-Facebook coalition whose members have been among the subjects of Definers' later work. "

The revelation complicates Sandberg's changing explanations about her role in Facebook's decisions to engage Definers and go on the offensive against the growing legion of social network critics. Ms. Sandberg initially denied knowing that Facebook had hired Definers, before acknowledging in a message last week that some of the company's work for Facebook had crossed his office.

In this position, Sandberg did not explicitly deny having requested research on Mr. Soros. Elliot J. Schrage, communications manager in the communications team but now leaving the company, took on the responsibility of recruiting the scorers and launching the investigation into Mr Soros. It is unclear whether Ms. Sandberg eventually participated in this ultimate answer to Mr. Soros.

"We had never heard such criticism from him and we wanted to know if he had any financial motivation," Schrage said of Mr. Soros. "Definers have searched for this using public information."