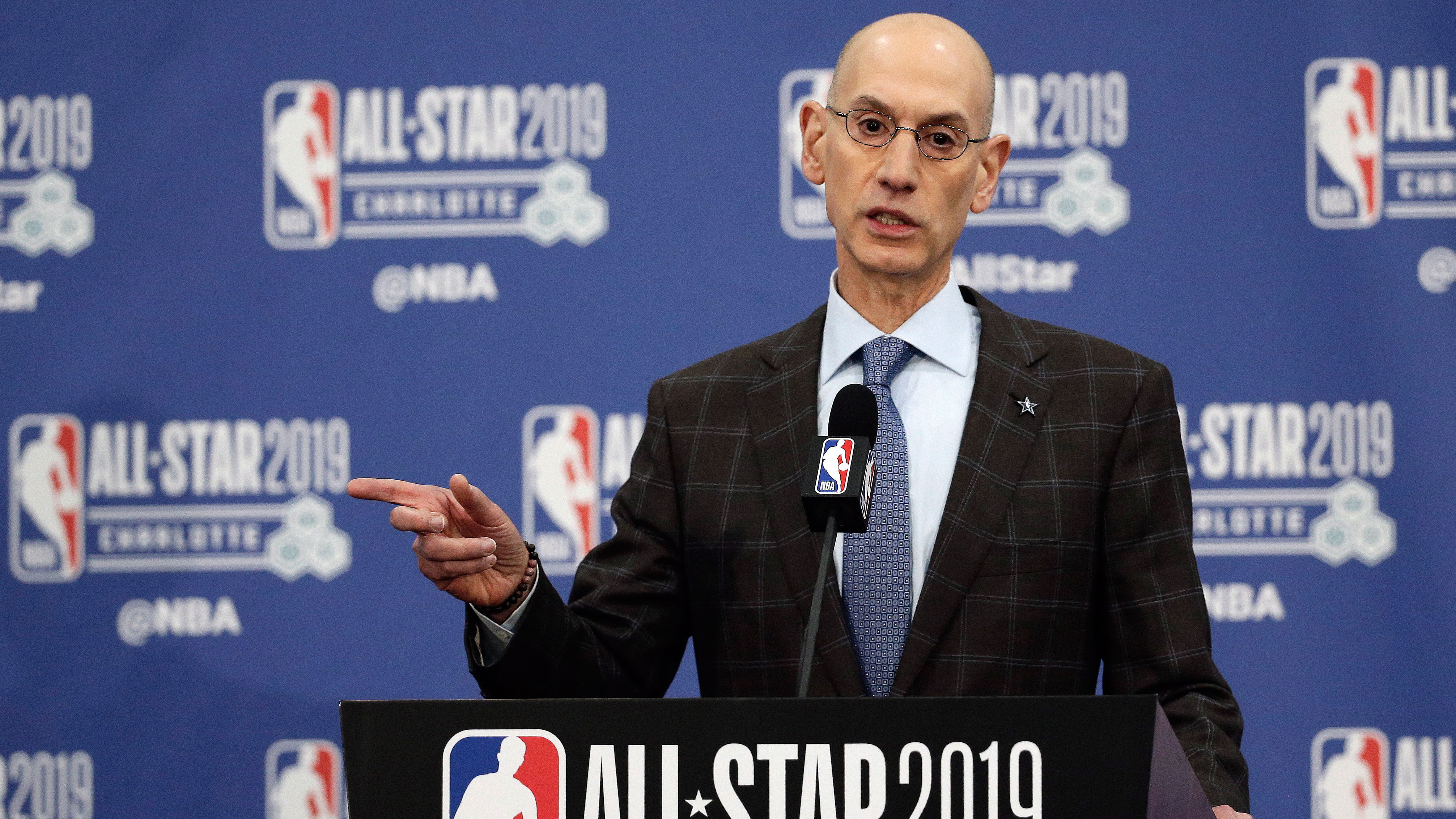 NEW YORK – The future of NBA basketball could look like that of European football.

The season-long tournaments and league games invite Commissioner Adam Silver to change the format of the 82-game NBA season.

If it keeps even a season of 82 games.

Silver mentioned everything from shorter games to a shorter season on Friday as a means by which the NBA could improve its future product for players and fans.

"The format we have now – I am a traditionalist on the one hand, but on the other hand, he is about 50 years old and presents a season of 82 games, which is nothing magical "said Silver.

"I think the league office has to constantly challenge its way of doing things, be attentive to new viewer habits, a changing market, a new world of how the media is presented, often on devices. smaller, less on screens people with a shorter attention span, and saying: "It's an amazing game, it's never been so exciting," he says. "Athletics has never been so great, fantastic players from around the world, but what's the best way to put the season in place?"

Silver's focus is on the health of the players as a curator, opening the regular season earlier to reduce the frequency of back-to-back matches and lengthening the star break.

But players stay in the competition all season long – of their choice or because their teams want it – often for reasons listed in the load management.

"I think the fans might be right to say that, ultimately, science suggests that 82 games are too much games for these players, maybe you should not have a season of 82 games," Silver said. "I accept it, and it's something we will continue to examine."

Fewer games could mean less revenue, unless they can be replaced with something that would generate as many or more viewers. Tournaments could be an answer, even if 82 games remain the format.

Silver pointed out that European football could bring new interest to the NBA by giving teams more opportunities to win something, instead of having a single champion.

"That's why I'm particularly interested in different types of formats – in mid-season tournaments, for example play-in tournaments – because even if you accept that players have as many miles on their body, there could be better ways to present it, "Silver said. "Assuming that guys are going to play 82 games, maybe there should be a number of regular season games and that there should be two tournaments during the season."

He admitted that this model would require a change of mentality among American fans, who are used to worrying only about the winner of the NBA Finals.

Silver also mentioned the possibility of cutting the games from 48 minutes to 40 minutes, which corresponds to the duration of the international and university games.

He warned that no changes that he had discussed after league board meetings were about to be implemented and that it would continue to happen. to be studied within the league, perhaps for a few years.