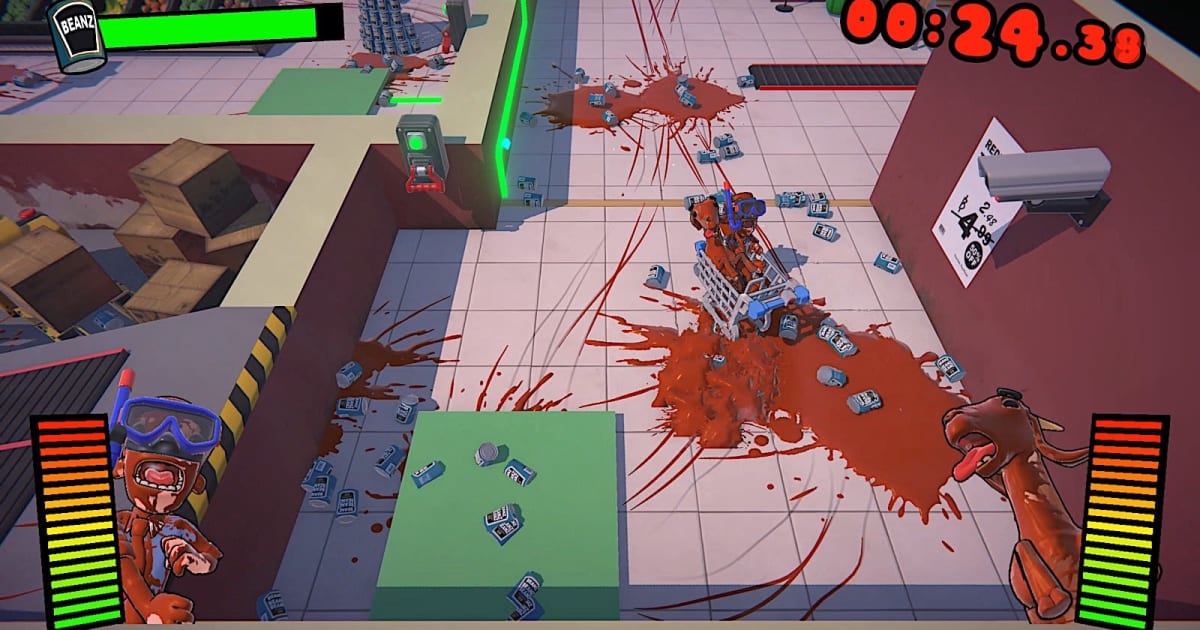 It can be difficult to cross the grocery store with your sanity intact – with legions of storekeepers, Rascal Geriatric Riders and panicky babies blocking you in all the aisles. But it's a walk in the park compared to the challenges you will face Shriek Supermarket by the UK based studio, BillyGoat Entertainment.

The principle of the game is simple. You are a man, stuck in a shopping cart, with a goat. Securely stuck in the truck, your only means of mobility is your roar of terror that propels you through labyrinthine markets riddled with mad booby traps. With 30 levels available for launch later this summer, it adds a lot of shouting.

The orders are delightfully simple. In solo mode, you can control the man and the goat independently with the left and right triggers: if a scream makes you turn left, the other shouting makes you turn right, make them scream simultaneously to advance . There is no reverse.

But, like most games, Shriek Supermarket even better with a friend. Connect a microphone to each controller on your Xbox or Playstation and have each person shout. The stronger you are, the harder you turn and the faster you go. The effect is similar to the classic NES game, Marble madnessbut each person only controls half the movement of the avatar. It's a challenge and make sure to keep plenty of pellets on hand.

It becomes even more difficult when you start to meet the various obstacles on each level. Whether you use giant guillotines, water hazards, flames or stepping stones, there are enough ways for you to fail at every turn. However, if you can finish the level fast enough, you will gain 3 stars (like angry Birds) and unlock the ghost runner of anyone who is currently at the top of the world rankings, allowing you to re-level against the best criers on the planet.

Shriek Supermarket should be released on the Xbox, Playstation and Switch later this summer. It should cost about 10-15 dollars.