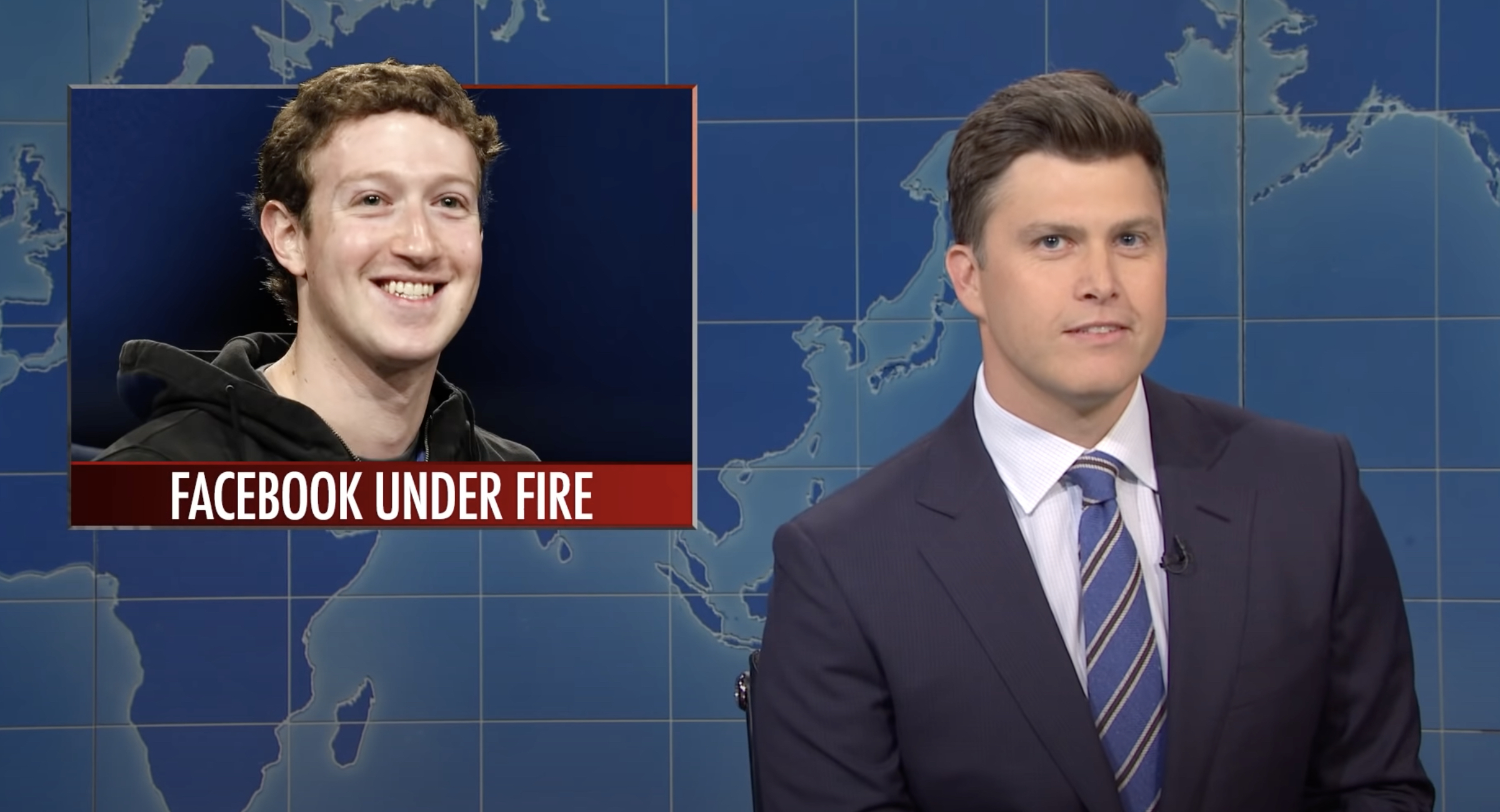 When the last episode of Saturday Night Live didn’t focus on the Kardashian-centric skits, the show Facebook clicked on a whistleblower’s scathing revelations of the social media company’s ‘betrayal of democracy’, with both the skit open and the update weekend day dedicated to Facebook.

“Internal documents show Facebook knew its platform was being used to spread hate and disinformation, but they hid the evidence,” said co-host Colin Jost, who attended Harvard at the same time as the founder from Facebook, Mark Zuckerberg, in Weekend Update.

“Now, what’s weird is that I went to school with Mark Zuckerberg and was there when he started Facebook, and I feel bad. Sometimes I wish I had a time machine so I could go back to college and find Mark and say, “Hey man, can I be part of your company? “

“This week Instagram was down for an entire day, forcing many Instagram junkies to spend their time with Twitter, TikTok or hosting. SNLco-host Michael Che joked as a photo of host Kim Kardashian during the opening monologue appeared onscreen.

Facebook was also at the center of SNL’s cold opening, where tech-ignorant senators quizzed Facebook whistleblower Francis Haugen (played by Heidi Gardner) about how the social network “chooses profits rather than the welfare of children, “among other Facebook-related questions like how big the algorithm is and the meaning of memes they found online: