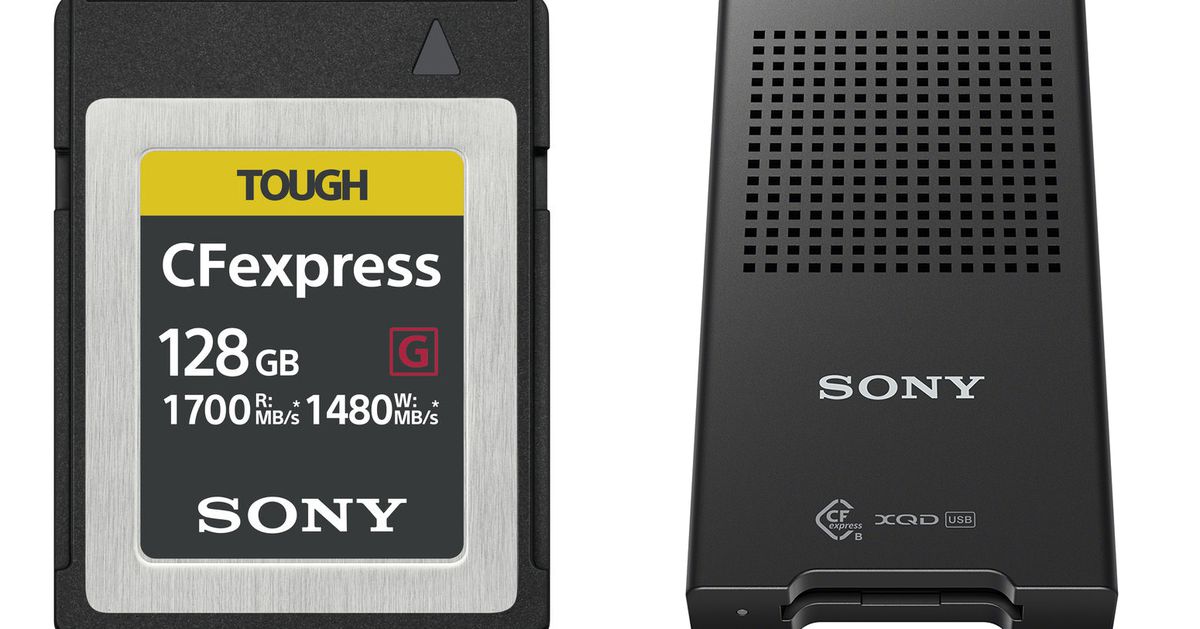 Sony has announced the new specification CFexpress Type B and its latest CompactFlash memory card, which is expected to be faster than anything else on the market. The read and write speeds of the new card are respectively 1700 MB / s and 1480 MB / s. This replaces Sony's fastest old card, which reached 630 MB / s.

The new CEB-G128 memory card will be available in storage versions of 128GB and 256GB, with an even larger variant of 512GB "planned for the future". Sony has also announced a new CFexpress card reader – allowing you to move card files – sold separately. , called the MRW-G1 and optimized specifically for the Type B card. Designed to be durable, it supports up to 70N of bending force and can supposedly withstand drops up to five meters in height. The card reader is also bundled with Sony's Media Scanners and Memory Card Recovery Utilities, two free desktop applications that help users manage their new high-speed memory cards.

While microSD and SD cards are much more prevalent in smartphones and cameras, CompactFlash cards are still used in high-end camera equipment. In a studio scenario, where recordings take a long time and recorded files get bigger with the arrival of 4K content, having a faster read / write speed is a big advantage over older cards and slower, even if these cards are smaller and less bulky.

In terms of availability, the new Sony CFexpress memory card and the MRW-G1 card reader will be launched in early summer 2019, and their price will be announced.