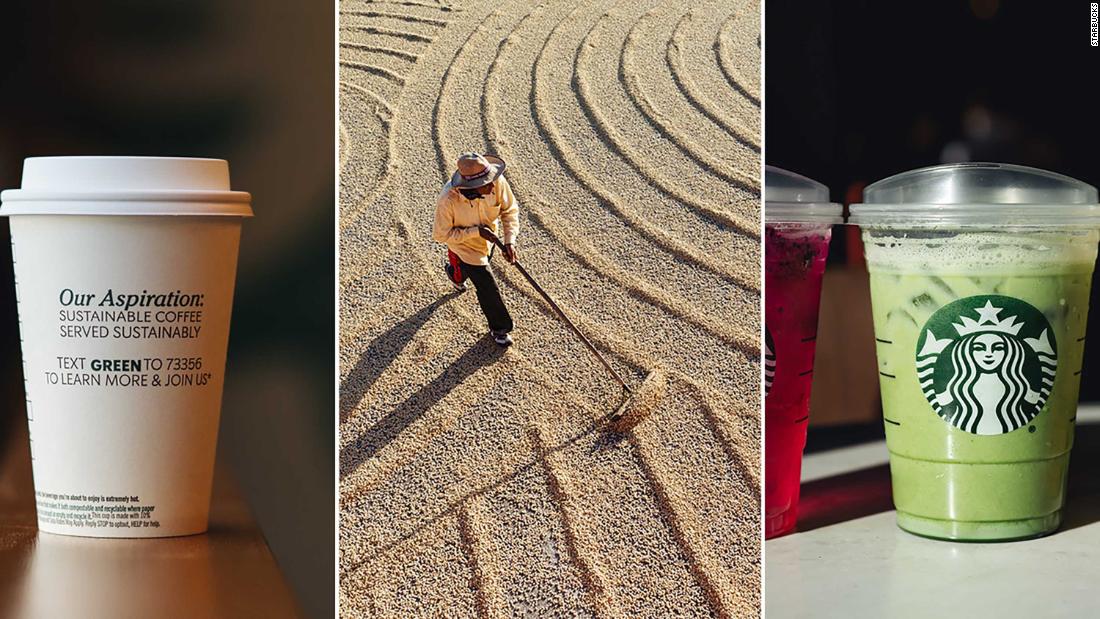 The company announced Wednesday that it was testing a compostable cup in five locations: New York, San Francisco, Seattle, Vancouver and London. Starbucks showed one of the cuts tested at its annual meeting of shareholders Wednesday.

The new cup looks like the current paper cup from Starbucks. The difference lies in the interior: instead of a plastic coating, a biodegradable coating serves as a barrier to prevent liquid flow. This lining, developed by a Thai company, makes the cup compostable in commercial composting facilities, which are rare.

More recently, in 2018, Starbucks is engaged in the NextGen Cup Challenge. Along with other food companies, Starbucks and Closed Loop Partners, a recycling-focused investor group, offer participatory solutions for greener goblets. In February, the company announced 12 winners, including slippers, barriers and greener goblets.

Starbucks is now ready to test some of these winning ideas.

Technically, Starbucks paper cups can be recycled – but in practice they are not usually recycled. Most facilities do not recycle paper cups because they need to separate the plastic liner from the paper cups. Many recyclers find that this process is more complicated than it is worth. If these facilities try to recycle the paper cups without first separating the materials, the plastic coating may jam their machines.

Cities where Starbucks is testing its compostable cups are already set to recycle paper cups with plastic liner, including the traditional Starbucks cup.

"We want to play a leading role in the sustainability of the planet, which means we serve our coffee in sustainable packaging," Kevin Johnson told CNN Business. "We think that there is a better solution."

For the plan to work, Starbucks customers will have to dump cups in recycling bins in the test markets. Environmental advocates point out that it is a major challenge because it forces the company to change the behavior of its customers.

"While the use of less plastic is important, this announcement is not doing enough to address the plastic pollution crisis to which the company has contributed," said Kate Melges, Greenpeace Plastics campaign manager. . "The fact that packaging is recyclable or compostable in an industrial facility does not mean that it will be recycled or composted."

Melges said Starbucks should also invest more in reusable cups. Although the company offers a small discount to customers who bring their own mugs, this effort has not managed to gain ground. In the spring of 2017, only 1.4% of Starbucks drinks were sold in reusable cups. Some of the NextGen Cup winners have included reusable cup systems, and Starbucks said its work was looking at whether some of these proposals were feasible.

On Wednesday, the company also announced that it would deploy straw-free recyclable lids in all stores in the United States and Canada in the coming year. The lids are made with 9% less plastic than the current lid and straws, Starbucks said.

During the summer, the coffee company announced for the first time that lids without straw were used to phase out plastic straws, which were the target of adverse consumer reactions.

Overall, Starbucks still has a long way to go before the company is satisfied with its quest for a greener mug.

"We have a lot of work to do to understand these cup technologies, how they evolve, how they work in the cup manufacturing environment and, of course, how they go through the waste management infrastructure," he said. said Rebecca Zimmer, world director of Starbucks. from the environment.

Moderna’s CEO sold nearly $ 2 million worth of his stock ahead of the company’s emergency vaccine depot. It is now worth $ 3 billion.

Tesla is approaching $ 500 billion in market value. Elon Musk predicted self-driving cars would take him to this level

Ether rally, XRP and other altcoins