Storm Chasers beat the Royals, 3-2 in the first game in 19 years 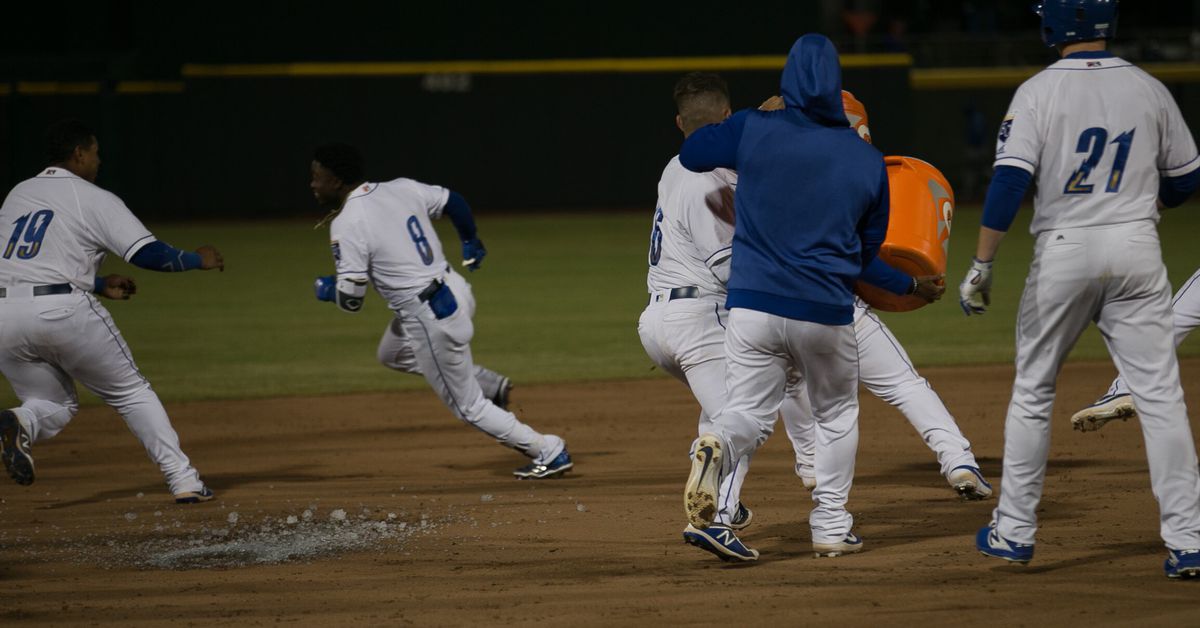 For the first time in 19 years, the Kansas City Royals and their Triple A affiliate, the Omaha Storm Chasers, clashed in an exhibition match against Werner Park in Omaha, Nebraska. After a final tune-up match before the start of the regular season on Thursday, against the White Sox for the opening day, the Royals were beaten 3-2 by the current minor leagues.

The biggest news of the day came from George Brett, a Hall of Fame member. While interviewed on the Jumbotron at Werner Park during pre-match rituals, he said he was proud of Frank Schwindel, who was now in the Major League after such a long wait. Schwindel could make his Major League debut in Kansas City this weekend and could help add a little extra offense to an extra bat for the right-handed.

Upon arrival, the manager, Ned Yost, told the media that this would be a kid's game for his pitching staff, as Homer Bailey, Jorge Lopez and Heath Fillmyer stayed in Arizona to extend their spring training. Started by right-hander Scott Barlow on the mound, Kansas City was faced with a mix of former starters from last year's team and some of the talented young arms that excelled in Arizona last month. On the other side of the diamond, Omaha would wave to Josh Staumont whose inconsistency in the spring prevented him from finding a place in the big championship to start 2019.

Leading the first run, the Royals hit before some even had the chance to regain their seat. After the arrival of Nicky Lopez on a striker Whit Merrifield, Adalberto Mondesi has managed a triplet RBI in the center-right area. However, Staumont regained his balance and managed to secure two innings of work with four strikeouts and one undue point. For Barlow, he equaled Staumont's bar number, but held Omaha aimless in two innings. In the next few rounds, the bats cooled, blocking the offensive in both canoes. Erick Mejia, a public utility man, dropped a RBI single to Wily Peralta to tie the game 1-1.

At the end of the top half of the sixth inning, all of the starting formation was removed for the last time. Leaving a record of 9,351 spectators at Werner Park, the players filtered in the direction of the left field exit and ovalized. With scattered reserves in new positions, the Storm Chasers took their first lead of the night at the bottom of the seventh. The second baseman, D.J Burt, guided a ball to the ground in the center of the plate to give a point, giving Omaha a 2-1 lead.

The Royals support receiver, Cam Gallagher, tied her in the next inning with the help of a sacrificial fly. But in the bottom of the ninth, Burt would win the match with a volley of sacrifice on foot.

The Royals close the books on a pretty successful spring training where they claim the title of the Cactus League. The next time Kansas City enters the field, all these stats and previous wins will come out the door and the season will begin again. The Royals open the regular season Thursday against the Chicago White Sox. Brad Keller will face Carlos Rodon. The first launch is at 3:15 CT.

‘It’s a special time to be a Buffalo Bill’