Stratolaunch: the "biggest plane in the world" takes off for the first time 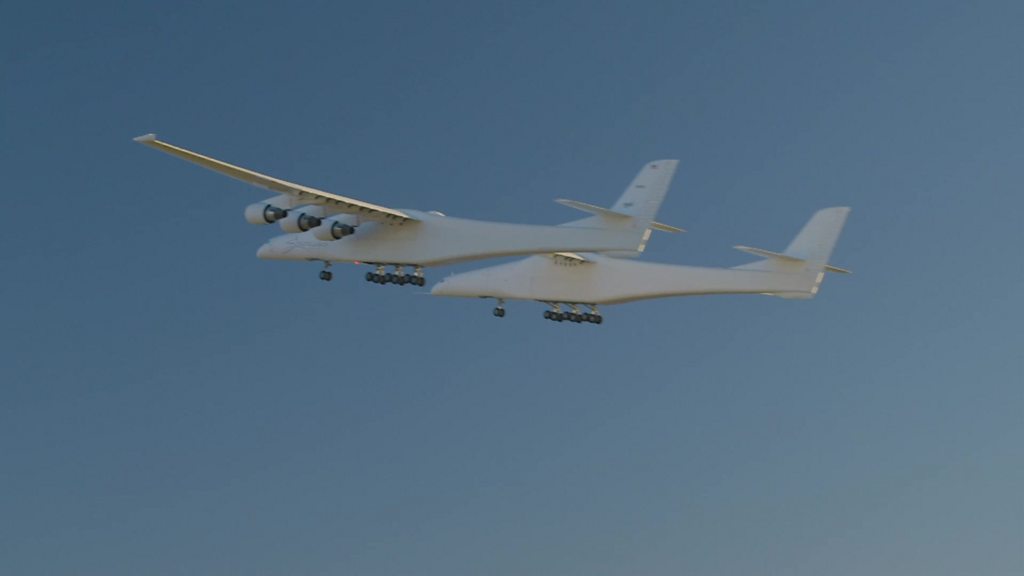 The largest aircraft in the world by size has taken off for the first time.

Built by Stratolaunch, the company created by the late co-founder of Microsoft, Paul Allen, in 2011, this aircraft is designed to serve as a springboard for satellites.

The idea is to fly the plane 10 km before launching satellites in orbit.

Its wingspan is the length of an American football field.

If successful, such a project would be a cheaper way to launch objects into space than rockets fired from the ground.

Pilot Evan Thomas told reporters that the experience was "fantastic" and that "in most cases, the plane had flown as planned".

According to their website, Stratolaunch aims to "make access to the orbit as routine as catching an air commercial flight is today."

Stratolaunch describes his ship as the "biggest plane in the world", but some planes are longer from nose to tail.

Sarah Huckabee Sanders to announce her candidacy for Arkansas governor