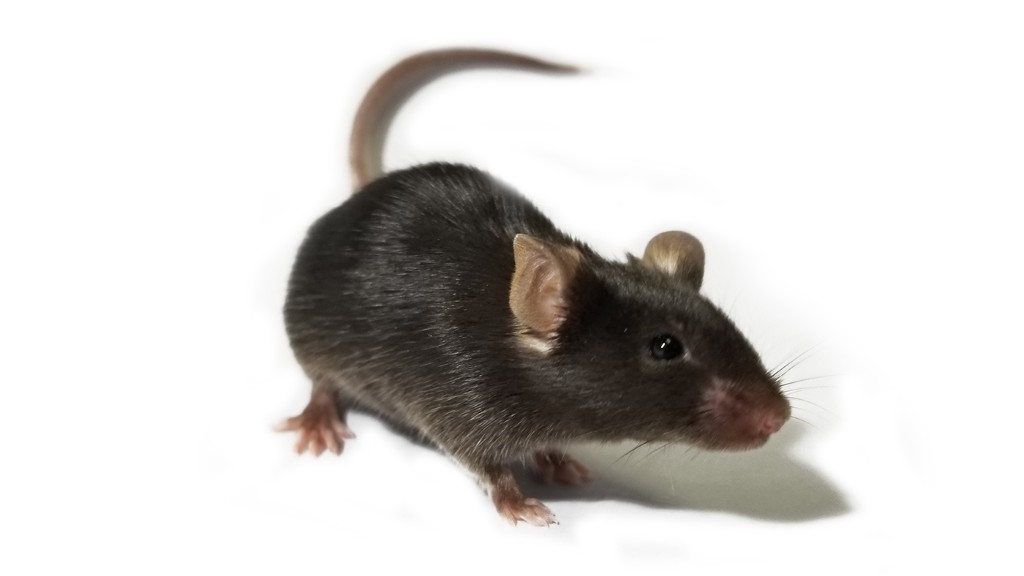 Cue the super-mouse. Scientists have designed mice that can see infrared light normally invisible to mammals, including humans.

To do this, they injected into the eyes of rodents nanoparticles that convert infrared light into visible wavelengths.1.

Humans and mice, like other mammals, can not see infrared light, whose wavelengths are slightly longer than red light – between 700 nanometers and 1 millimeter.

But Tian Xue, a neuroscientist at the University of Science and Technology of China in Hefei, and his colleagues have developed nanoparticles that convert infrared wavelengths into visible light. Nanoparticles absorb photons at wavelengths of about 980 nanometers and emit them at shorter wavelengths, about 535 nanometers, which corresponds to green light.

Xue's team has associated nanoparticles with proteins that bind to photoreceptors – the cells in the eye that convert light into electrical impulses – and then inject them into mice.

Researchers have shown that nanoparticles are successfully attached to photoreceptors, which respond to infrared light by producing electrical signals and activating visual brain processing areas.

The team conducted experiments to show that mice detected and responded to infrared light.

In one test, they gave mice the choice between a black box and an "illuminated" box with infrared light. Normally, mice – which are nocturnal – will look for the security of a darker box. Ordinary mice showed no preference between the two boxes as they could not see the infrared light. But modified mice favored the black box.

In another experiment, the team taught both types of mice to associate green light with electric shock, but modified mice also froze with fear when infrared light was on.

Finally, the researchers placed the rodents in a water labyrinth composed of two arms lit in different ways, including one leading to a hidden and dry refuge. Modified mice have chosen the correct labyrinth arm according to the light pattern, whether these patterns are displayed in visible or infrared light.

"It's sometimes a bit scary," says Xue. "You show the mouse different patterns that you can not see. For you, it is an empty screen. But the mouse can choose it correctly.

Other groups have also sought to provide infrared vision to rodents. Eric Thomson, a neuroscientist at Duke University in Durham, North Carolina, has developed a system that allows rats to detect infrared light through four sensors connected directly to the brain.2. But the small number of sensors provided only enough visual information for the rats to locate a light, says Thomson.

"What's really exciting here is that they actually showed that they had real information about the image," he says.

Xue says his technique could have several applications, including giving people a "super vision". Seeing infrared light could help people see the night, by detecting infrared wavelengths emitted or reflected by people and objects in the environment. This could be useful for military and security operations, for example.

The team also hopes to adapt the nanoparticles to the transport of drugs for later release in the eyes. But there are several obstacles, including safety concerns, before any use in humans can be tested.

For example, the team's nanoparticles contained heavy metals and regulators are unlikely to approve them for human use, Xue says. The team is developing biological versions.

But not everyone thinks this technique could be used to improve human vision.

The human visual system has evolved over millions of years to become sensitive to a very specific part of the electromagnetic system, says Glen Jeffery, visual neuroscientist at University College London, and the retina is not used to seeing the infrared. The way people would interpret the image is uncertain: the environment would look much brighter, for example, and the images could be overwhelming.

So while science is technically impressive, Jeffery says, the impact of the technique is unclear. In front of his apprehensions, he adds: "I am the last person in the world to wish to see the infrared."