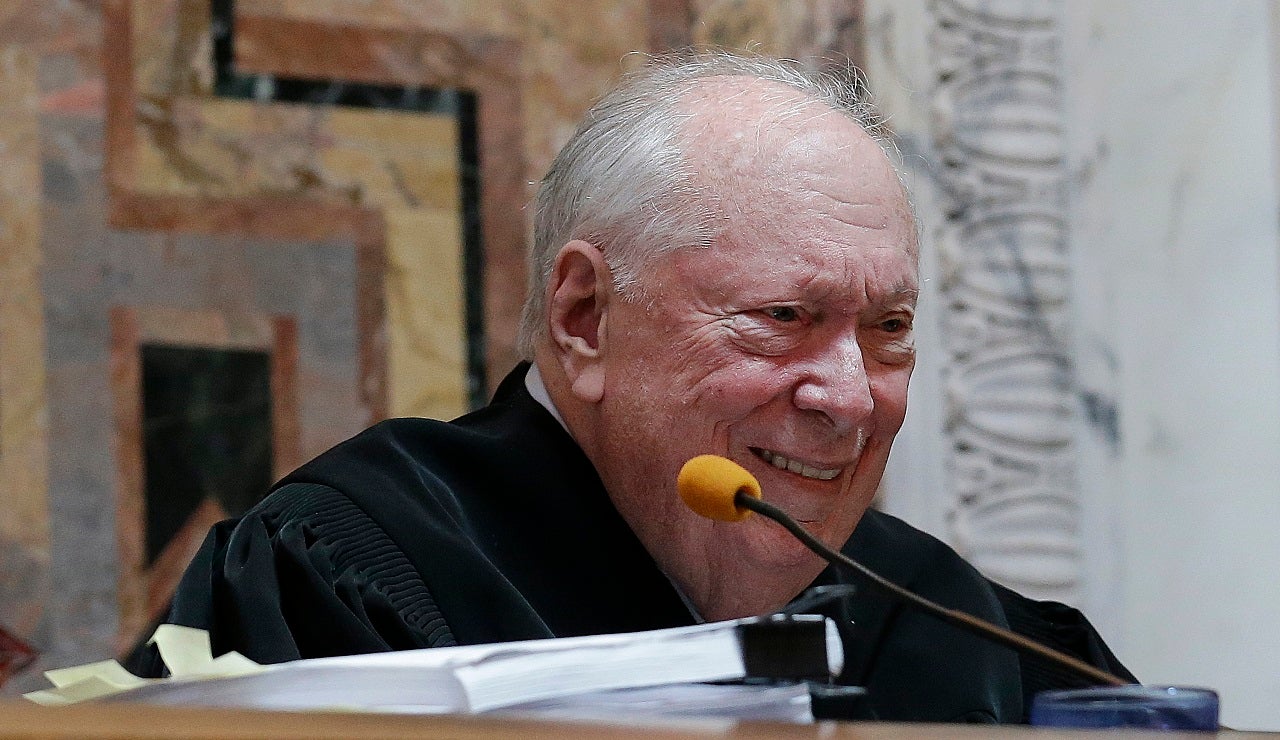 Judge Stephen Reinhardt listens to the arguments on gay marriage bans at the 9th US Federal Court of Appeal in San Francisco on September 8, 2014.
(Associated Press)

The Supreme Court ruled on Monday that the decisive vote in a California labor dispute in a lower court did not count, as the vote came from a judge who died before the decision.

The case before the US Court of Appeals of the 9th Circuit, based in San Francisco, concerned a dispute over compensation filed by an employee of the County of Fresno.

Judge Stephen Reinhardt, considered a progressive icon of the seat, heard the dispute and participated in a preliminary vote. The court of appeal then rendered an opinion on his behalf nine days after his death in March 2018.

But the High Court, quashing the decision of a federal court of appeal, said Monday that "federal judges are appointed for life, not forever".

"The result is that Judge Reinhardt's vote has made a difference," said the Supreme Court in his unsigned decision. "Was it legal?"

The judges said that was not the case. "Since Judge Reinhardt was no longer a judge at the time of filing the decision on the bench of the case, the 9th Circuit erred in considering him as a member of the majority."

Reinhardt was one of the oldest federal judges after his death, at the age of 87, and one of the most liberal of the 9th circuit. He was appointed to the Federal Judiciary in 1980 by President Carter.

The case was sent back to the 9th Circuit for reconsideration.

Reinhardt died of a heart attack last year while visiting a dermatologist in Los Angeles, the court spokesman said.

At his death, Eric Garcetti, Mayor of Los Angeles, called Reinhardt "one of the greatest jurists of our time – an extremely brilliant Angeleno and a true progressive icon".

He was considered a liberal pillar on the bench. He wrote in an opinion that a Trump administration order to expel a man who entered the country illegally nearly three decades ago and became a respected businessman in Hawaii was "inhuman" and "contrary to the values ​​of the country and its legal system".

In 2012, he wrote an opinion that nullified the ban on gay marriage in California. He also wrote a 1996 notice that rescinded a Washington state law prohibiting doctors from prescribing drugs to help terminally ill patients die.

He was one of the federal judges who found prison overcrowding in California to be unconstitutional.

Reinhardt joined with another judge to declare that the words "under God" in the oath of allegiance were unconstitutional, a decision that was later overturned.