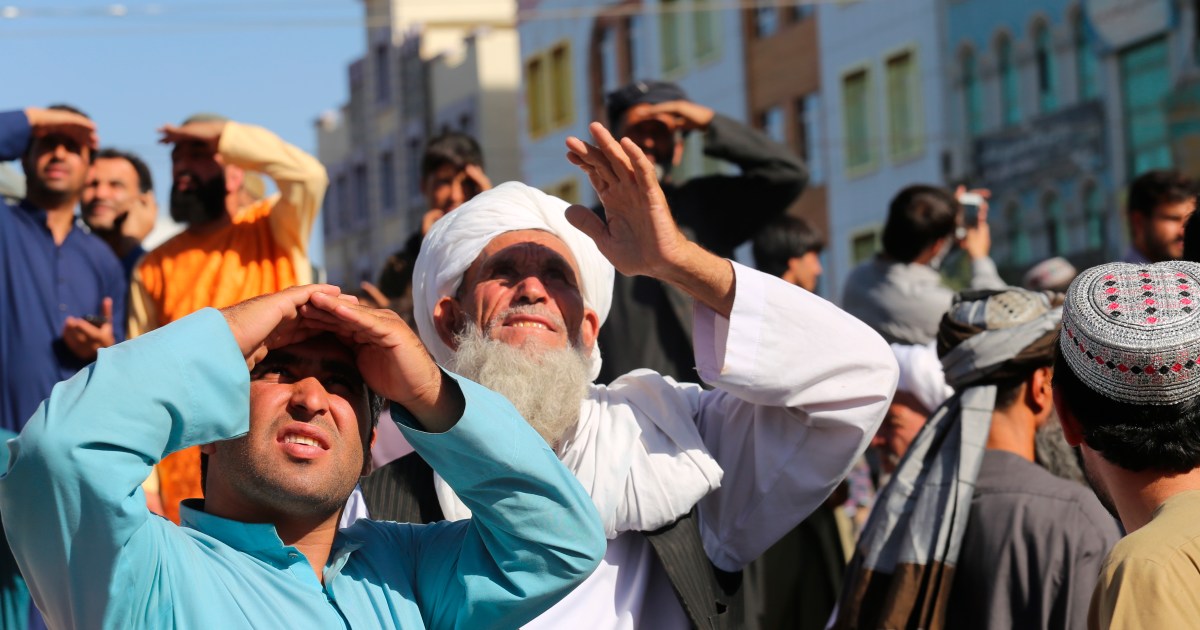 Four bodies of suspected kidnappers are on display in different parts of the town of Herat “to alert all criminals”, one being hanged from a crane.

The Taliban exhibited four bodies of suspected kidnappers and hung one of them from a crane parked in a square in the town of Herat in Afghanistan, one commander saying this was intended to deter “criminals.”

Resident Mohammad Nazir said he had been shopping for food near Mostofiat Square in Herat on Saturday when he heard an announcement over a loudspeaker calling for people’s attention.

“When I walked up, I saw that they had brought a body in a van, and then they hung it on a crane,” he told Reuters news agency.

Taliban officials first brought four bodies to the central plaza in the western town of Herat, then moved three to other parts of the city for public display, said Wazir Ahmad Seddiqi, who runs a pharmacy. at the edge of the square.

Taliban officials announced that the four men were caught participating in a kidnapping earlier on Saturday and were killed by police, Seddiqi said.

A video from the Associated Press news agency showed crowds gathering around the crane and looking at the body as some men chanted.

“The purpose of this action is to alert all criminals that they are not safe,” a Taliban commander who did not identify himself in a camera interview in the square told the AP.

Ziaulhaq Jalali, a Taliban-appointed district police chief in Herat, said Taliban operatives rescued a father and son who were kidnapped by four kidnappers after an exchange of gunfire.

Since the Taliban invaded Kabul on August 15 and took control of the country, Afghans and the world have been watching to see if they will recreate their harsh rule of the late 1990s, which included public stoning and amputation of ‘a member of suspected criminals, some of whom took place in front of a large crowd in a stadium.

Mullah Nooruddin Turabi, one of the founders of the Taliban and the main responsible for their strict rule in Afghanistan in the 1990s, told AP this week that the armed movement would carry out executions and amputations of hands again, but maybe not in public.

“Everyone criticized us for the punishments in the stadium, but we never said anything about their laws and punishments,” Turabi said. noted. “No one will tell us what our laws should be. We will follow Islam and we will make our laws on the Quran.

Group leaders remain rooted in a deeply conservative and uncompromising worldview, even as they embrace technological changes, such as video and cellphones.

President Joe Biden’s administration signaled on Friday that the United States would not tolerate the Taliban’s return to its old methods of punishment.