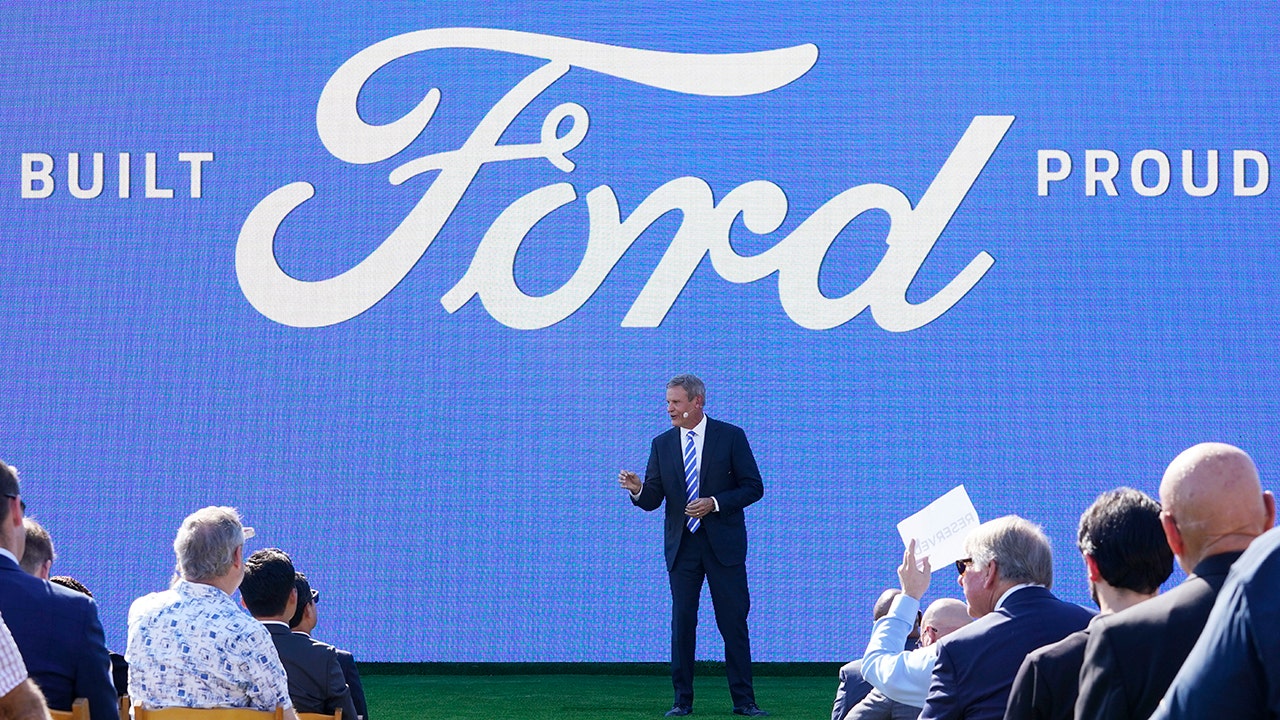 The Republican governor spoke to reporters after Ford and South Korean battery maker SK Innovation officially announced the Blue Oval City project. The assembly plant will be built on the megasite approximately 50 miles east of Memphis, near the small town of Stanton in rural Haywood County.

Lee said the proposed incentive package would be split between the two companies based on the jobs created by each. Clawback provisions are included in the incentive program to “ensure that this deal is valid for years to come”.

Governor Bill Lee speaks during a presentation on the plant scheduled to build F-Series electric trucks and batteries to power future Ford and Lincoln electric vehicles on Tuesday, September 28, 2021 in Memphis. The factory is to be built near Stanton, Tenne (AP Photo / Mark Humphrey / AP Newsroom)

“We created what we thought was a very compelling incentive,” Lee said.

The project is expected to create about 5,800 new jobs at the West Tennessee Megasite, which has seen millions of dollars in infrastructure investments but failed to land a major tenant. Bob Rolfe, commissioner of the state’s Department of Economic and Community Development, said the Ford complex would also create about 33,000 construction jobs with a payroll of around $ 1.8 billion.

Once the factories are up and running, Rolfe said there would be around 27,000 direct and indirect jobs with an additional $ 1.8 billion a year in payroll. In total, the resort will add about $ 3.5 billion a year to Tennessee’s gross domestic product, a measure of its economic output.

Lee also announced that the state and Ford will build a vocational and technical school to train auto workers at the 4,000-acre site.

The Tennessee College of Applied Technology will offer training focused on manufacturing and repairing electric vehicles and batteries, with the program focusing on automotive engineering and mechanics, Lee said.

Tennessee currently funds 27 colleges of applied technology in the state.