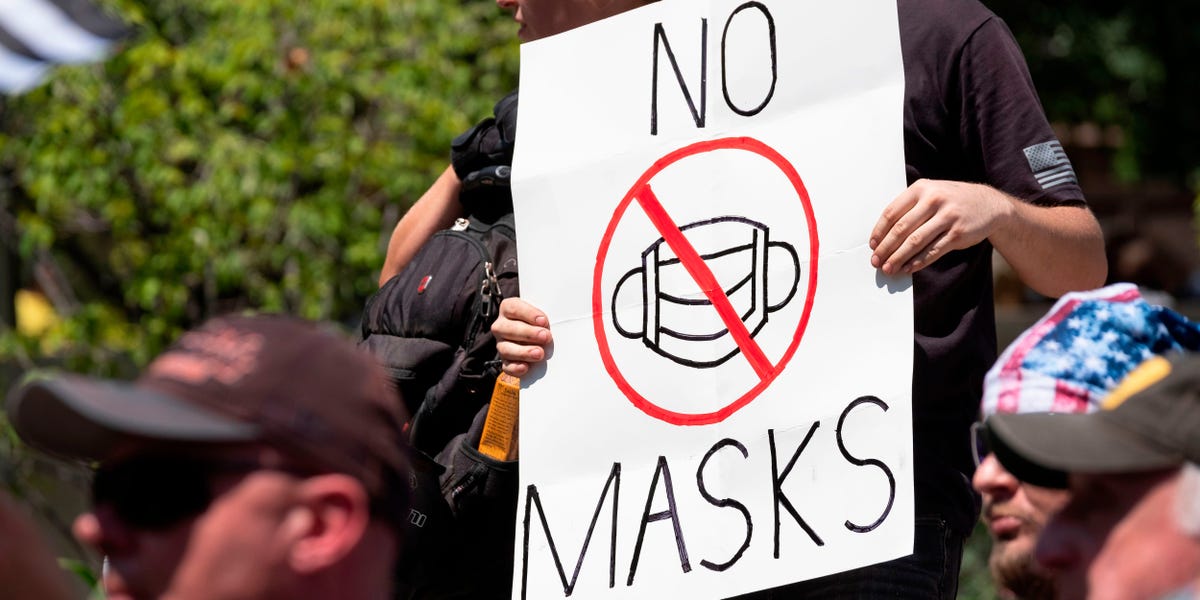 Natalie Wester and her husband took their 4-month-old son to Hang Time, a restaurant and bar in Rowlett, Texas, just northeast of Dallas. Wester told CBS DFW that her son was immunocompromised, which led the couple to don face masks inside the venue as a precaution.

The owner of Hang Time did not approve.

Wester said their waitress approached the family at the restaurant owner’s request and said, “It’s political, and I need you to take your mask off.”

“I think the overall reaction with masks is ludicrous in the United States right now,” said the owner of Hang Time.

The owner told CBS DFW that not wearing a mask is part of the restaurant’s dress code and he has the right to refuse to serve customers who break their rules.

But the Hang Times anti-masking dress code was not displayed outside the restaurant, CBS DFW reported.

The restaurant owner told CBS DFW he was unaware the Westers’ son was immunocompromised, but said he would continue to enforce Hang Time’s no-masking policy.