Thanks to Trump's national emergency, Congress could do its job 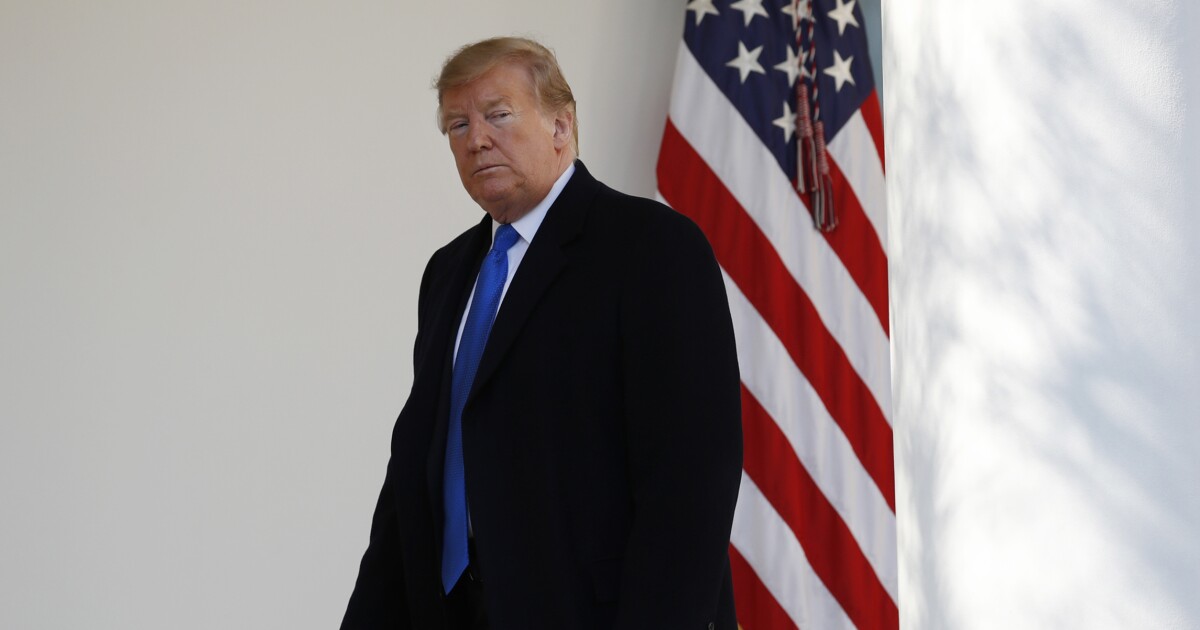 WWith these simple, pro forma words, a national emergency was declared on Friday, February 15, to fund President Trump's largest animal project, a wall (or should it be called a "fence?") Along the southern border. -West of the United States-Mexico DONALD J. TRUMP, in accordance with the Constitution and laws of the United States of America … hereby declares that there is a national emergency on the southern border of United States. "Get into another political bombshell in the Washington, DC maelstrom – one that will end up figuring out the roles of black-court judges in the Supreme Court.

With this urgent declaration, Trump will have the power to mobilize billions of dollars in the Pentagon's budget, normally stranded without congressional approval: $ 600 million will be drawn from the revocation fund account of the Treasury, 2.5 billion dollars will be taken from the Pentagon funds. drugs, and $ 3.6 billion will be reallocated to military construction projects. In addition to the $ 1.3 billion of the latest government funding bill, Trump will have $ 8 billion to expand physical barriers at the western borders of the Rio Grande.

The irony of this whole affair is more interesting than the origin of the money and how the inevitable lawsuits will succeed. From one pencil stroke, Trump manages to get the lawmakers out of coma with respect to emergency powers. It is as if the Congress had suddenly discovered that it had the ability to prevent a president from exercising the broad powers that were conferred on him in a national emergency.

The National Emergency Act is one of those laws that presidents have used to increase their power in exceptional circumstances. Except that extraordinary has become ordinary. The Brennan Justice Center has documented 59 national emergencies (the Trump border will be the 60th) during the 42 years of NEA implementation. Not to mention Trump's recent statement, 32 of these 59 emergencies are still topical. The only time a national emergency situation has been declared, is when a president has found them no longer useful. This is perfectly understandable if we think that Congress has no say in it.

However, that could not be further from the truth. Under the NEA, the Congress has considerable power, particularly with regard to the possibility of putting an end to a state of national emergency invoked by the President. In fact, Congress is supposed to meet every six months to review an emergency and determine whether a vote to end it is appropriate. Not once, Congress has done what the law requires it to do. Not once did Congress meet to consider an emergency situation, much less to vote in favor of his death.

This nauseating story can now end thanks to Trump. Congressional Democrats are already preparing a disapproval resolution to be tabled in the House. Given the Democratic majority in the House, the resolution would be adopted if it was introduced. There seems to be enough Republican senators nervous about the precedent that the Trump declaration would create for future presidents to be willing to lift emergency authority so that it can even pass the upper house.

Trump would veto any resolution of disapproval that would come to his office, and his veto would probably be maintained thanks to the loyal Republicans of the Senate. But the most important problem is that lawmakers, after spending four decades in the peanut gallery, will find it hard to follow the law passed by Congress.

Democrats will be reluctant to admit it, but Trump deserves much of the credit for ensuring that the legislature does the job for which its members were elected: to abide by the law. It would not be an easy feat at a time when budgets are running out, the government is in constant danger of being shut down, committee hearings are partisan war drills, and Senate confirmations are languishing.

Daniel DePetris (@DanDePetris) is a contributor to Washington Examiner's Beltway Confidential blog. His opinions are his.