The allergic reaction of the woman to the hair coloring causes a massive swelling of the head: "I almost died" 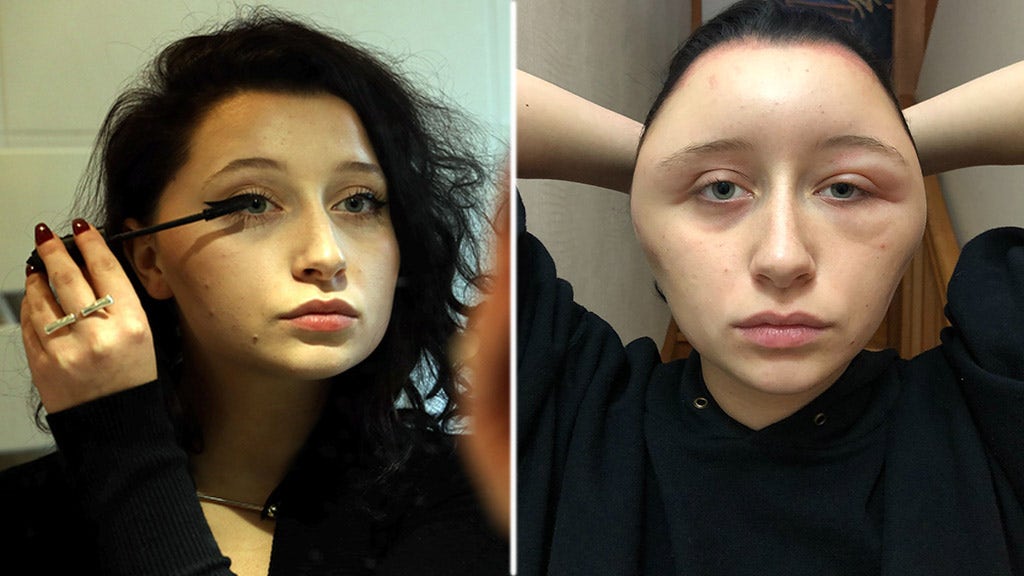 A French woman said that her head had become swollen after an allergic reaction to the hair dye.
(The Parisian / MaxPPP)

A French woman said she had a "lamp-head" after having an almost fatal allergic reaction to a chemical substance often found in darker-colored hair dyes.

The woman, identified only as Estelle, claims that a chemical in the dye called Paraphenylenediamine (PPD) caused her allergic reaction, she told the French publication Le Parisien, according to the translation of Yahoo Lifestyle .

The 19-year-old claims to have tested only a small amount of the product, but her scalp is almost "immediately" irritated after the application, she reportedly told the publication. The swelling started shortly thereafter.

Although Estelle said she took an antihistamine to relieve swelling and irritation the next morning, her head had already dilated – she had reached 24.8 inches, against a average of 22 inches. Her tongue has also swelled, she added.

"I could not breathe. I had the head of a light bulb, "she said in Paris, reports Yahoo Lifestyle.

The woman said that she went to the emergency room, where she had received a shot of adrenaline. She spent the night in the hospital and has since recovered and the swelling has decreased.

The PPD chemical is commonly found in dark-colored hair dyes and makeup, as well as in henna tattoos, according to Yahoo Lifestyle. An allergic reaction to the chemical can lead to "life-threatening complications," such as muscle tissue degradation, called rhabdomyolysis, respiratory distress, and kidney failure, among other side effects, according to a report by the Journal of Research in Medical Sciences.

"I almost died," added Estelle. "I do not want this to happen to others."