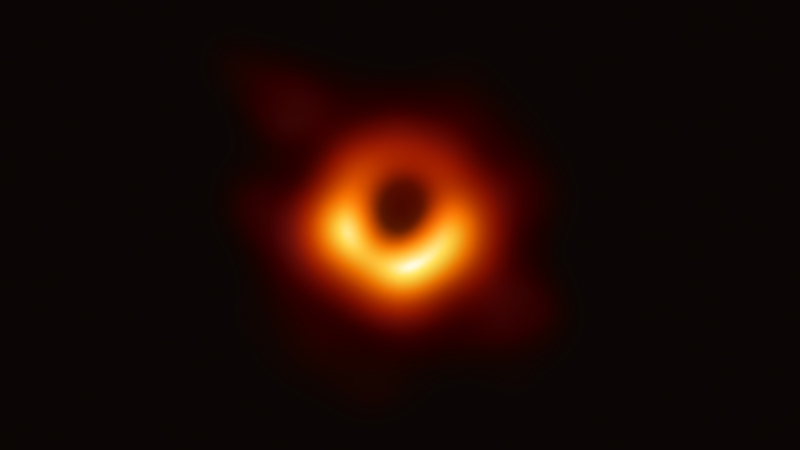 The black hole captured for the first time in an image that caught the attention of the world was named "Powehi" by Hawaiian Professor Larry Kimura of the University of Hawaii at Hilo (UH Hilo) .

The name, which means "dark source embellished with endless creation", comes from "Kumulipo", an 18th century song that preceded the creation of the Hawaiian universe.

"The po, dark and deep source of endless creation, is a concept emphasized and repeated in the Kumulipo, while wehi, or wehiwehi, honored with embellishments, is one of the many descriptions po in singing, "said UH News.

The first image unveiled Wednesday was made by Event Horizon Telescope (EHT), an international collaboration consisting of a set of eight ground-based radio telescopes on a global scale.

Two of them, the James Clerk Maxwell Telescope (JCMT) and the submillimeter network, are installed on top of the dormant Mauna Kea volcano in Hawaii.

Astronomers believe that Hawaii has made a significant contribution to the EHT project. Therefore, it is justified to name the first black hole discovered after the Hawaiian language.

"Having the privilege of giving a Hawaiian name to the very first scientific confirmation of a black hole is very important to me and to my Hawaiian lineage that comes from in," said Kimura.

According to Loudwire, an online magazine devoted to hard rock, music fans have launched an online petition to name this black hole in the honor of Chris Cornell, leader of the rock band Soundgarden, to commemorate his contribution to music and the influence of his personality on people. and heavy metal music.

"I ask NASA, the Horizon Telescope Collaboration Event and all the astronomers and scientists involved in this discovery, to name this black hole after Chris Cornell." This would be a "surreal" and amazing way of thinking. to honor his life and his contribution to music, "said Giuliana Jarrin, creator of the petition on change.org.

How do wombats poop? Scientists get to the bottom of the mystery | Science