The broken proteins of the mitochondria use the proteins' eat me & # 39; to summon their tormentors 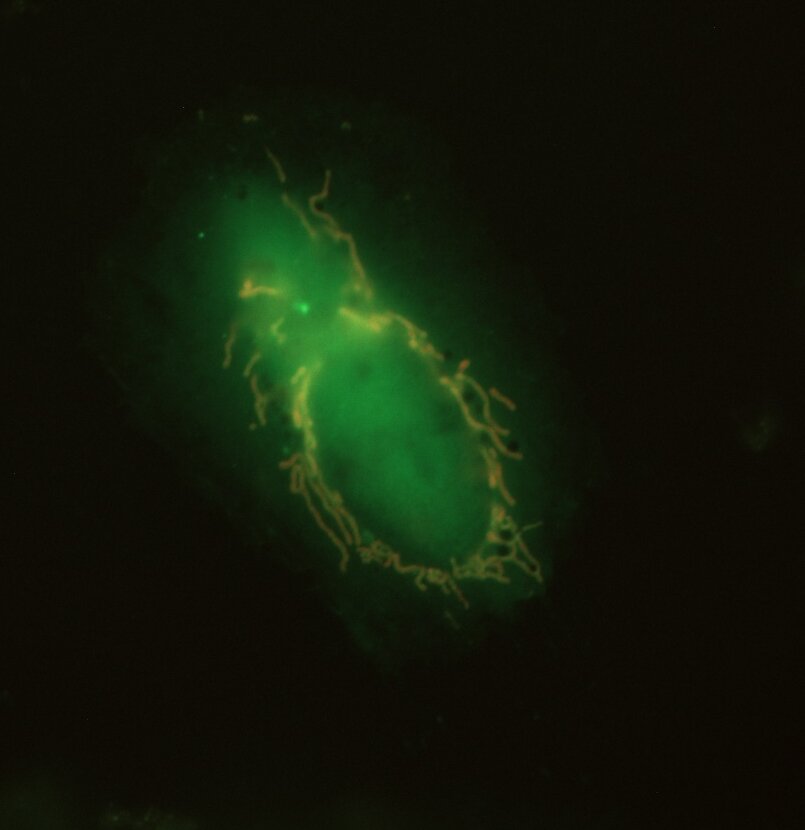 When mitochondria are damaged, they avoid causing other problems by signaling cellular proteins to degrade them. In a newspaper published on April 11, 2019, in the journal Developmental cellNorwegian scientists report having discovered how cells trigger this process, called mitophagy. In cells with broken mitochondria, two proteins – NIPSNAP 1 and NIPSNAP 2 – accumulate on the mitochondrial surface, functioning as "eat me" signals, recruiting the cellular mechanism that will destroy them.

NIPSNAP 1 and 2 are normally found in healthy mitochondria, although their function in the cell is unknown. "When the chain of respiration of a cell is disrupted and the mitochondria are damaged, the import of these proteins into the matrix and the inner membrane space of the mitochondria is interrupted," says Anne Simonsen. , lead author, professor in the Department of Molecular Medicine at the Institute. Basic Medical Sciences of the University of Oslo. "In this case, the import system does not work and they remain linked to the surface of the damaged mitochondria signaling mitophagy."

In this study, researchers studied human HeLa cells where the NIPSNAP1 and NIPSNAP 2 functions were eliminated. "When we do that, these cells can not clean the mitochondria after damage," says Simonsen. However, in cells with functional NIPSNAP proteins, when mitophagy was induced by the addition of a chemical disruptor, they observed that NIPSNAP proteins act in concert with PINK and PARKIN proteins, proteins already known to play a role. role in triggering autophagy and having a role in Parkinson's disease.

PARKIN labels the cells with ubiquitin, a small protein that directs them to degradation. "Ubiquitin is the classic signal for autophagy recruitment," says Terje Johansen, co-author of the University of Tromsø – Arctic University of Norway. "What we have seen is that in addition to ubiquitin, NIPSNAP proteins are needed to recruit autophagy proteins; they are not targeted on mitochondria unless that these NIPSNAP proteins are found on the surface. "

The team showed that this discovery had important physiological implications in vivo by studying the NIPSNAP / PINK / PARKIN mechanism in an animal model of zebrafish. They compared the wild-type zebrafish and a fish line with a reduction in NIPSNAP1 protein abundance.

"We find that mutant fish lacking adequate functional NIPSNAP1 can not move as wild-type fish," says Simonsen. They have a parkinsonian-like phenotype with a reduced number of dopaminergic neurons. However, they could remedy this lack of locomotion by adding L-dopa to water, the same compound used to treat human Parkinson's disease.

Even more dramatic, the animals lacking the NIPSNAP1 protein died within five days. "It is clear that the elimination of mitochondria is important for the health of these dopaminergic neurons, which is particularly important because neurons can not usually divide," says Johansen.

As proteins conserved during evolution, NIPSNAP proteins are present throughout the animal kingdom, including man.

Quote:
The broken proteins of the mitochondria use the proteins' eat me & # 39; to summon their executioners (April 11, 2019)
recovered on April 12, 2019
at https://phys.org/news/2019-04-broken-mitochondria-proteins-summon-executioners.html