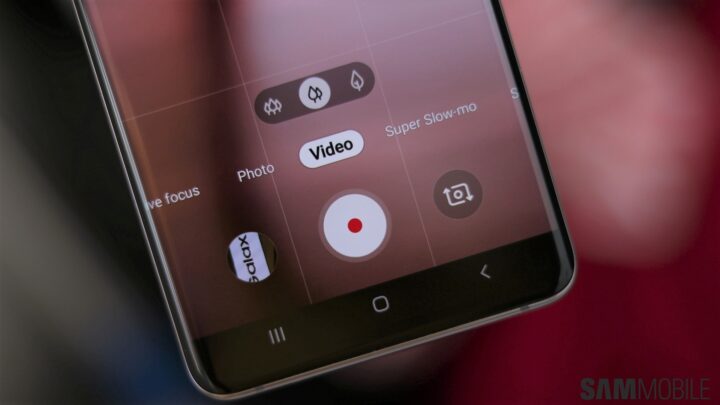 So I was standing in the street, one of the most upscale neighborhoods of my city, when I noticed a hot car procession (with some madness exit tickets) that were making their way into the city. circulation. These cars were a bit far, so I started running to record a video on my Galaxy S10 +. I opened the camera application as I got closer, quickly switched to video recording mode and directed it towards the cars.

Once I finished, I looked at the phone to press the stop button, and that was when I almost screamed in frustration. You see, in my enthusiasm, I had forgotten to press the start button, which means that I have not managed to capture these mechanical beauties on my phone. Of course, this can happen to anyone, but my frustration has been caused by the same problem a few times and I have come to despise the dedicated video recording mode since then.

Inspired by the iPhone? Dictated by Google? Nobody can be sure

Of course, it's not something we can confirm, and maybe it's just the iPhone that has been the inspiration here. Whatever the reason, the dedicated video mode on One UI has not satisfied everyone and users have lost the ability to record videos in Pro mode. Personally, I thought it would be easy to get used to change, but that's not what happened.

Android Pie gives you the ability to start the camera application in the mode you used last time. However, having separate video and photo modes means that you need more time to select the appropriate mode each time the camera is launched. non-solution. And this extra step can make all the difference when you want to capture a moment quickly before letting you pass.

Samsung will probably not change anything

Of course, fumbling with camera modes is more of a problem for still images than for videos, because the moments you record on a video are usually not as short as the ones you take, but Is still a useless complication that Samsung could easily solve. But this will probably not be the case, since he has already had enough time to return to the traditional video recording button before Android Pie, but he has not done anything yet.

And to me, the separate video recording camera mode will still be one of the most problematic changes brought by Samsung's stunning user interface to its phones. This may seem shocking to some, but I'm pretty sure there are a lot of people who agree with me. Unfortunately, ordinary consumers are unlikely to complain. So that's something we have to live with, which is frustrating and, in terms of the impossibility of recording videos in Pro mode, as restrictive as it may be.

What do you think? Have you managed to adapt to the dedicated video mode on your Galaxy phone's camera after updating Pie, or is it something that keeps you upset?