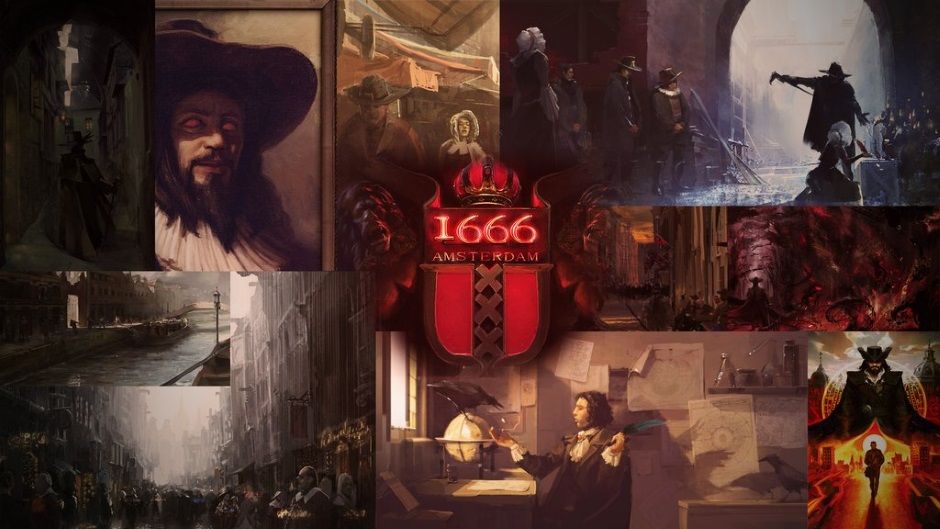 The creator of Assassin's Creed, Patrice Désilets, confirmed that he was still planning to work on the mysterious Amsterdam 1666, whose development had begun in 2012, before being linked to a battle for intellectual property between Désilets and Ubisoft.

In an interview with VG247 at Reboot Develop, Désilets said, "For sure, Amsterdam 1666 is going to happen."

Amsterdam 1666 appeared for the first time in 2012 after Désilets joined THQ Montreal to work on the elusive title. But due to financial problems in 2013, THQ was bought by Ubisoft, which owned the rights. After the dismissal of Désilets, he fought to recover his rights and obtained 1666 successes in 2016.

Shortly after, he reclaimed the rights, The art concept has been revealed, and some images (see below) of the game also surfaced – showing what was later described as an open world Assassin's Creed-esque taking place in Amsterdam, in which you would allegedly embody a character bound to the devil.

Since then, it's quite calm on the Amsterdam front as Desilets is working on the next open world survival game, Ancestors: Humankind Odyssey. In the interview with VG247, Desilets, founder of Panache Studios, hinted that Humankind Odyssey had provided him with a "toolbox" that could very well lay the groundwork for the future development of 1666:

"You put the cape on the monkey and you're good enough to do another game. If you think about it, climb up a tree trunk, climb a rock, climb a building facade … C & # 39; is like I now had a toolbox. "

At first glance, the original concept of the game is likely to change a lot, with Désilets ending the interview by saying, "I will probably change a bit. You looked more like the devil's apprentice than the devil himself. Once I finish this and then, 'Ok, what's next? If it's Amsterdam 1666, I'll probably start from scratch again. "

It will probably take a long time to see anything that comes from it. But given its turbulent history, it is good to know that we could very well play one day this mysterious game.