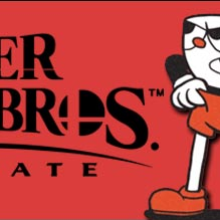 He wants both Cuphead and Mugman as playable fighters in Super Smash Bros. Ultimate

Right after the announcement of the launch of Cuphead on Nintendo Switch earlier this week, a new interview with the co-creator of the game is talking about a possible crossover Super Smash Bros. Ultimate.

Apparently, MDHR Studio's Jared Moldenhauer really wants to see Cuphead and Mugman as playable characters in Super Smash Bros. Ultimate, and he says that he would be more than happy to realize it.

Game Informer has managed to catch up with Nintendo publisher / developer relationship manager Kirk Scott at the GDC this week, alongside developers of several Nindies featured at the recent Nintendo Direct. Among them, Moldenhauer, who, while playing in a funny way, expressed how much he wanted both Cuphead and Mugman in Super Smash Bros.

"I dreamed of Smash Bros.", began Moldenhauer. "[Cuphead and Mugman] belong there. So, if the fans want it, I do not see how Nintendo would not want them to get what they want. I think they would do it because they support their fans a lot … "

Moldenhauer goes on to say that if Nintendo wanted to please its fans, it would be incredibly happy to make it a reality. "Just a piece of paper, we do not need anything, you can make these characters appear," concluded Moldenhauer.

It is not surprising then that the co-creator of Cuphead wants the character to join the battle of Super Smash Bros., his brother Chad Moldenhauer and himself being big fans of fighting games. They often say it, but there are many references to fighting games – especially the Street Fighter series – in the different levels and Cuphead boss fights.

As for seeing Cuphead in a fighting game, Super Smash Bros. Ultimate would really be the best option for him (and Mugman), because his comic book style and toolset would probably work well in the world of Smash Bros. With the announcement of the arrival of Cuphead on Nintendo Switch, this potentially opens the door to its inclusion, since the biggest obstacle we had experienced before was its exclusivity to Microsoft.

If you are not convinced that Cuphead fits perfectly in Super Smash Bros. Ultimate, be sure to read my article in which I argue for inclusion in the DLC definition.

To learn more about the co-creator of Cuphead on the Smash Bros. perspective. x Cuphead – including which characters he would like to see Cuphead and Mugman fight – go to Game Informer.