The demolition of P.J. Fleck by Jerry Kill is rare in university football training 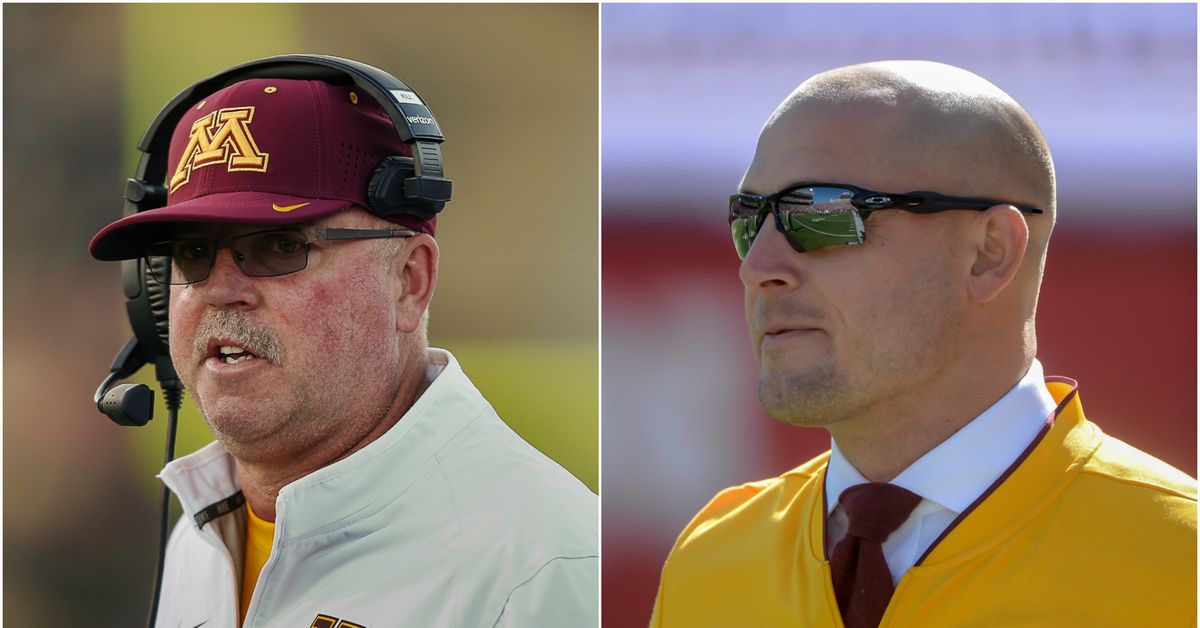 University football training is a high turnover activity, and turnover naturally leads to icy relations between some coaches. When a new coach takes over a program, he will almost always talk about build a culture and, overall, change the team to improve it. When this happens, it is implicit that the last coach did not do a good job. For this to be clearer, the new coach usually returns all the assistants from the previous coach.

For the most part, this tension remains calm. When the former coach of the team interviews, it is not uncommon for him to simply talk about the guy who followed him.

He trained with me, but after that he changed a lot. I'm just going to be honest with you guys. People who have known him before – When he had with [Greg] Schiano, his personality has changed a lot. And I knew his first wife, and he just changed a bunch. And then once he became head coach, I mean, I helped him land the job at Western Michigan, and I sometimes think that the ego wins out.

And when he went to Minnesota and treated people like he treated my guys and told them that he had to go and change the culture completely, and it was a bad culture and bad people , you know, it gave the impression that we did not know what we were doing and I took it for myself. You do not care for the people who came with you and helped you make a career, and you do not even talk to him, you know, once you get the job.

Did they talk or broadcast after he got the job?

Oh yes. It was not good.

When did you last talk to him?

This is the last time.

So a few years, then?

And it will be the last time.

Am I still looking for Gophers? I do. Do I like running up and down the sideline? No. Do I think it's about players? No, he's about himself. You can not tell me. You watched it. You listen to his interview, do you think he thinks of the players?

I just lost a lot of respect. It's like when Jimbo Fisher left Florida State to join A & M, and [Rick] Trickett, who had been following him for years and years, had not even called him. He takes off and goes to A & M, does not call. This kind of things disappoints me in people. So I guess maybe disappointment is a better way to put P.J. Disappointed about how he handled certain things.

Kill, who has just become FCS Southern Illinois' athletic director, brought in the staff Fleck replaced when he was hired in 2017.

Kill was the head coach of Northern Illinois from 2008 to 2010. In his first two years there, Fleck, a former NIU, was his receiver coach. Fleck left to join Rutgers in 2010 under Greg Schiano, which seems to suggest that Kill put young Fleck on the wrong track.

In 2013, Fleck was the head coach of the WMU. Since then, Fleck moved to Minneapolis, where he headed the Gophers until his retirement in 2015 for medical reasons. – Kill the temporary substitute. UM entrusted him with the full-time position in 2016, and Claeys continued with the staff that Kill had already put in place.

Claes was sacked by Minnesota shortly after the 2016 season, after backing a boycott move while his teammates were suspended in a sexual assault investigation. Kill, furious, said at the time: "I will not return to the stadium. And I will not go back to university.

Kill was Rutgers' offensive coordinator in 2017 before retiring for health reasons.

When Fleck arrived, he raised the Energetic New Coach Level Up Up Up to a unique level.

I interviewed him for about half an hour during his first Big Ten Media days in 2017 and then I considered him a can of Red Bull wearing brown. He brought his "Row the Boat" mantra with him from the WMU and often talked about building a elite culture.

Fleck was not blind, and still is not, to the way his approach can be perceived. It's not something he cares a lot about.

"I'm just going to be me," he told me then. "I'm not here to ruffle the feathers. I'm here to run a program and do it in an exemplary way, promoting the University of Minnesota and getting as much visibility as possible. "

Fleck did not retain any assistants from Kill and Claeys. The staff Fleck did not keep was surrounded by coaches who had accompanied him under Kill to NIU, including defense coordinator Jay Sawvel and receiver coach Brian Anderson.

Killing does not seem at all to lose the reason for the transition.

Thoughts of The Daily Gopher, our Minnesota blog:

I do not know about you, but I have fond memories of Jerry Kill's tenure as the head coach of football in Minnesota. It comes to mind to claim the brown carafe again at the big house in 2014. The 51-14 defeat of the Hawkeyes that same season is another thing that I will cherish. I was even in the stands of the first bowling game of the Gophers since 1962.

In fact, I even wrote a sincere comment:Thank you, coach to kill"Here on this blog when he was forced to retire due to the decline of his health due to epilepsy.

Yet no one seems more invested in tarnishing these memories than Jerry Kill himself.

What do Kill's comments change for Minnesota? Probably nothing.

Minnesota did a good job in the first two years of Fleck and recruited well above its historical criteria, suggesting a slight increase.

If this happens, it seems that Kill will be in conflict about it.