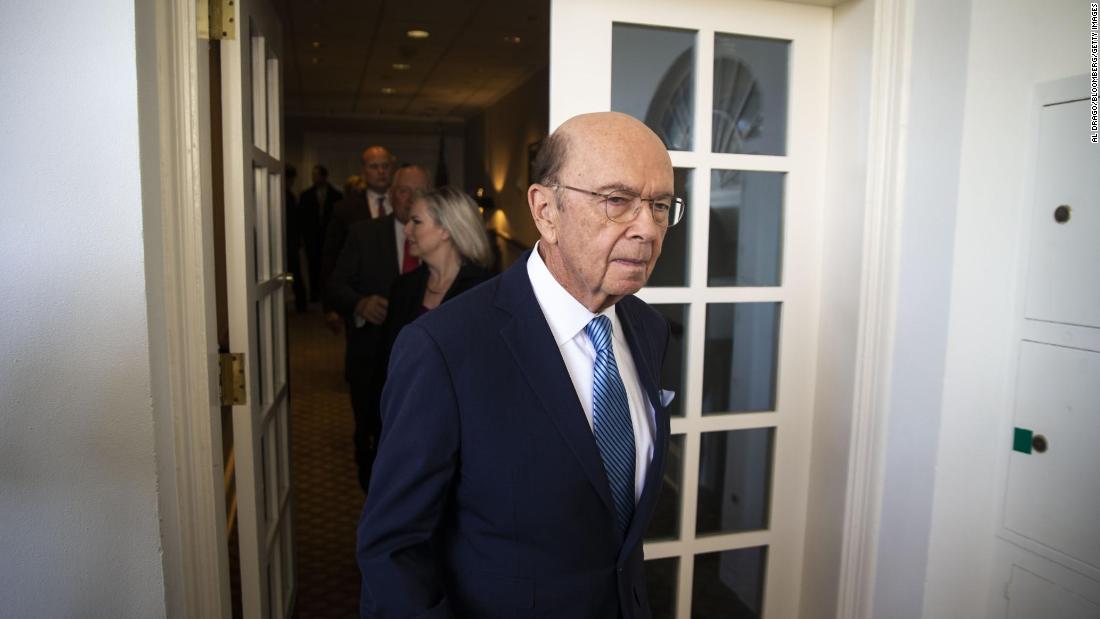 Emory Rounds, director of the Government's Ethics Office, wrote that in his annual financial report, Ross said he had sold bank stocks, which, other reports, indicate that he did not sell.

This means that "the applicant was not in compliance with his agreement on ethics at the time of the report," wrote Rounds.

The monitoring group that drew attention to the report, entitled Citizens for Responsibility and Ethics, in Washington, said that OGE refusing to certify a report "does not normally occur."

Instead, he added, agencies sometimes send a draft financial disclosure form to OGE for review. If problems arise, they are handled behind the scenes. Painter thinks that the fact that Ross' affair has not been dealt with in this way is a sign that OGE is trying to send a strong message to Ross.

This document is a routine financial information form posted by OGE. The decision to refuse is dated February 15th.

In a letter to the Department of Commerce Ethics Officer, Rounds wrote that the 2018 Financial Disclosure Report is "inaccurate" and that Ross "is not respecting his agreement on ethics at the time of writing the report. ". Rounds also wrote that he understood that Ross' documents were being sent to the Inspector General's Office for review.

Ross said in a statement: "While I am disappointed that my report has not been certified, I remain committed to meeting my ethics agreement and following the direction of the leaders of the organization. Trade Ethics. "

A report released in December by the Center for Public Integrity revealed that Ross had not sold the holdings in BankUnited as planned within 90 days of his confirmation from the Commerce Department's leadership in February 2017.

Ross said that he thought the stock had been sold but that there had been a communication problem with his agent.

In his statement on Tuesday, Ross said the shares "were worth about $ 3,700, which federal regulations deem to be de minimis and below the threshold of a possible conflict of interest".

"Therefore, even if a BankUnited case had been brought before the Ministry while I held shares – and I have not been made aware of such a case – I would not have been prevented from working on it, "he said.

When he got wind of the situation in October, Ross said that he had ordered the sale of the shares.