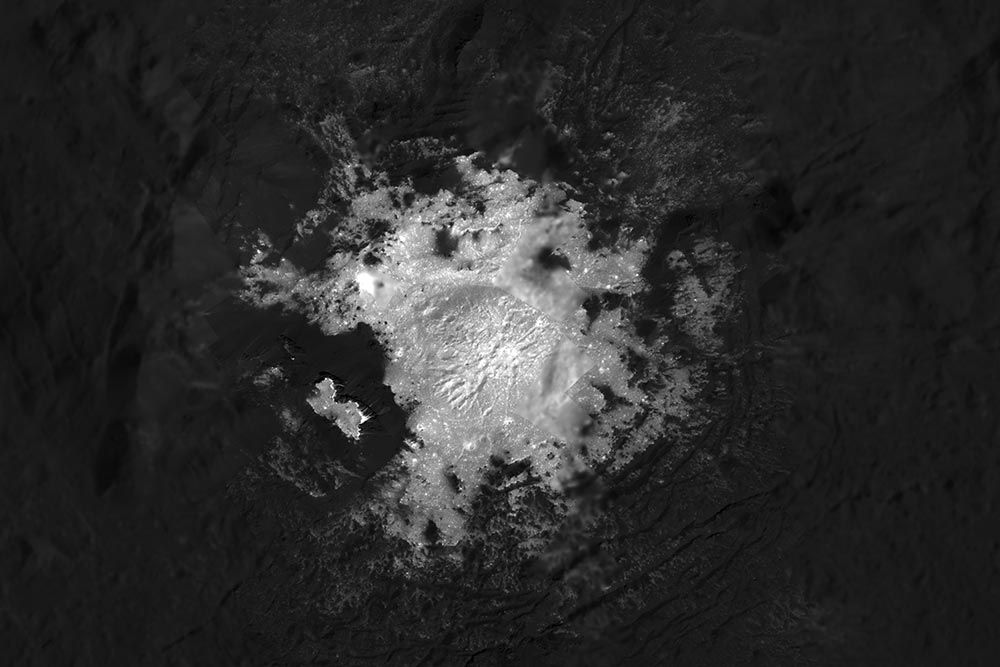 Some parts of dwarf planet Ceres A new study suggests that pockets of water near the surface have been sheltered for millions of years in recent years.

The researchers analyzed observations of Occator crater of Ceres made by The NASA Dawn spacecraft, who studied the dwarf planet from its orbit from March 2015 to October 2018, when the probe ran out of fuel.

The Occator, which stretches 92 km (92 km) wide, is doted with dramatic light dots, which members of the Dawn team have determined that they were salts left behind. by the brackish water when the water boiled in the space. This water probably began by forming underground ice, which was melted by the intense heat of impact that created Occator about 20 million years ago. Once liquefied, some of it came to the surface through cracks and was lost.[[[[In pictures: The changing light points of the dwarf planet Ceres]

Such sublimation occurred only 4 million years ago; it is the apparent age of the youngest deposits on the floor of the Occator. And this gap of 16 million years is disconcerting, according to the researchers.

"It's hard to keep a liquid as close to the surface," said Julie Castillo-Rogez, co-author of the study, planetary scientist at NASA's Jet Propulsion Laboratory (JPL) in Pasadena, in California. said in a statement. Indeed, previous research had estimated that "cryomagma" could remain liquid in the Occator subsoil for nearly 400,000 years.

But the new study provides at least a partial answer. The Castillo-Rogez modeling work and lead author of the study, Marc Hesse, associate professor at the Jackson School of Geosciences of the University of Texas, suggest that the basement of Occator contains insulating materials, which could have kept the "cryomagme" liquid for about 10 million years. .

"Now that we take into account all these negative reactions to cooling – the fact that you're releasing latent heat, the fact that you're heating up the crust is becoming less conductive – you can start saying in a few million years, you could get it, "said Hesse in the same statement.

"They used more up-to-date data to create their model," said Jennifer Scully, a global geologist with JPL, who did not participate in the new research. "This will help in the future to see if all the material involved in the deposits can be explained by the impact, or does it require a connection to a deeper material source. a big step in the right direction to answer that question. "

The new study was published in December in the journal Geophysical Research Letters.

The Dawn probe has had a long and productive life. Before working on Ceres, 950 km (930 km) wide, Dawn gravitated around the Vesta protoplanet, which is about 530 km (330 km) wide. Vesta and Ceres, the two largest objects in the asteroid belt between Mars and Jupiter, are considered as remnants of the planet's formation of the solar system. , which is not an acronym).

Dawn was the first probe to orbit a dwarf planet and the first to surround two celestial bodies beyond the Earth-Moon system.