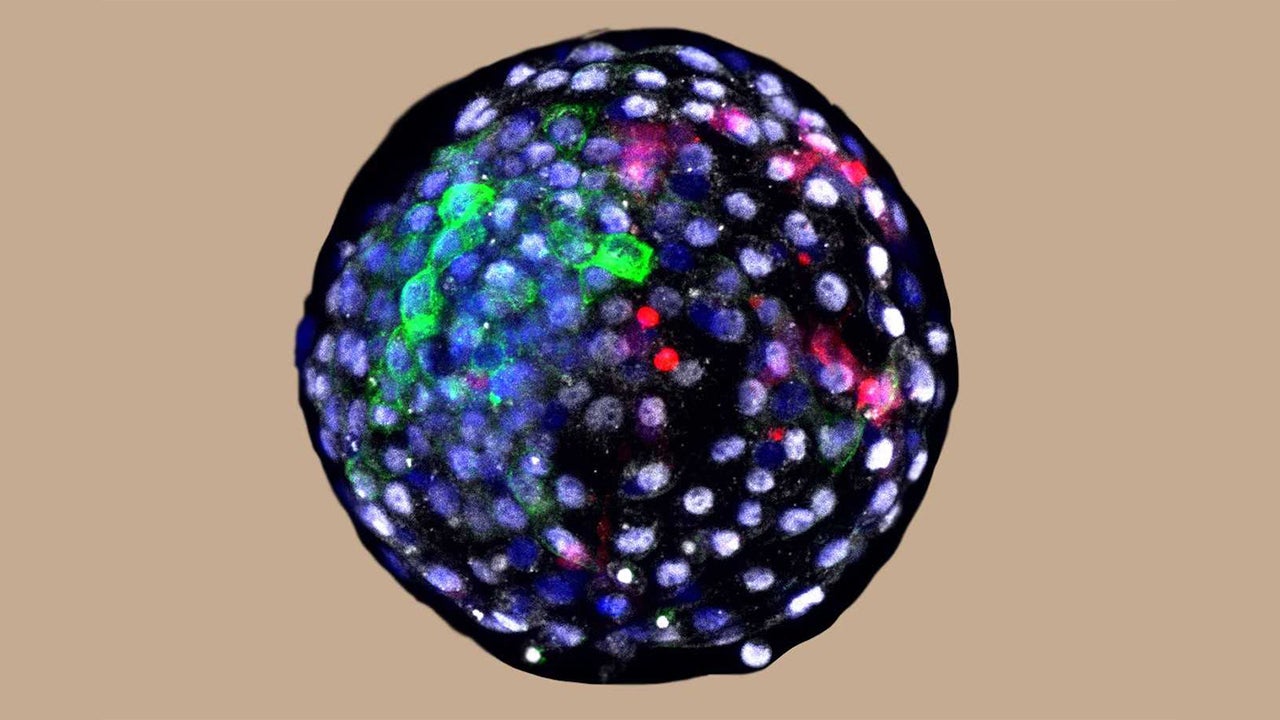 Scientists created embryos that are a mixture of human and monkey cells, in an effort to better understand how cells communicate with each other. Professor Juan Carlos Izpisua Belmonte teamed up with a group of scientists to conduct an experiment without precedent which saw stem cells from humans were injected into macaque monkey embryos for the very first time. The embryos grown in the lab were then studied for 19 days, with scientists reporting activity after just one day, as they detected growing human cells in 132 of the embryos.

NPR reported on the major scientific breakthrough, which provides important information about how animal cells and human cells develop and communicate with each other. The purpose of the experiment was to help researchers understand the evolution of cells and determine whether there might be a way to grow organs for transplantation, given that the demand for organs so often exceeds the ‘offer.

The study provided the group with a better understanding of early human development, which could eventually lead to further advancements in medical science as scientists strive to find new ways to produce organs for transplants. Insoo Hyun, a bioethicist who supported the study, stressed the importance of the research in highlighting the deaths that occur year after year due to organ shortages.

This is not the first time that human cells have been implanted in other animals, usually human cells were injected into sheep and pig embryos, but, in this case, monkeys were used as they are more closely related to humans in terms of genetics. . However, this particular mixed-species embryo sparked an ethical debate among scientists who raised concerns about the experiment.

Kristin Matthews, Science and Technology Fellow at Rice University’s Baker Institute, summarized some of the questions that have arisen within the scientific community about the rationale for the study. “I think the public is going to be concerned,” she said. “And I, too, are sort of advancing science without having a proper conversation about what we should and shouldn’t be doing.

“Should it be regulated as human because it contains a significant proportion of human cells? Or should it be regulated just as an animal? Or something else?” Matthews asked questions further, as she reflected on where the research might take us in the future. “At what point do you take something and use it for organs when it really starts to think and have logic?

Belmonte acknowledged the ethical concerns but stressed that his team only intended to create the embryo for research. “Our goal is not to generate a new organism, no monster,” he explained. “And we’re not doing anything like that. We’re trying to figure out how cells in different organisms communicate with each other.”

If you’re wondering which side of the debate social media is on, it seems like a lot of people are in one think tank: this planet of the apes could be about to become a reality. Many on Twitter jokingly expressed concern about the possibility of the fictional narrative coming to life, especially the part about intelligent apes pitting themselves against humans.

“Almost a good idea for a movie … could call it Planet of the Apes,“ a person tweeted, like another joked: “Well, in the original and more recent versions of the Planet of the Apes movies it all started with a global pandemic.” The Walking Dead Twitter Account took the opportunity to assure his followers that “we will have the planet of the apes before we have a zombie apocalypse”.It remains to be seen, however, what might happen when a monkey is given the opportunity to play a video game in its own mind. Elon Musk may soon have the answer for us, as he claims that one of his companies implanted a device in a monkey’s brain in hopes of getting him to play “mind-pong” with another cyborg monkey. to test a technology that could potentially treat brain and spinal injuries.

Adele Ankers is a freelance entertainment journalist. You can reach her on Twitter.