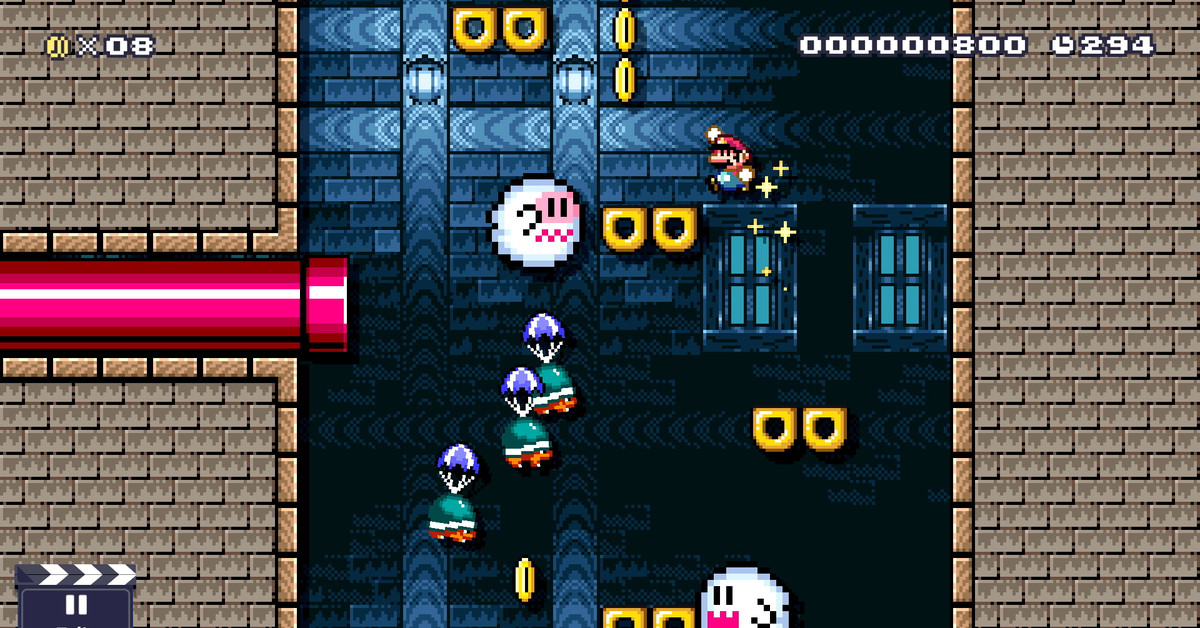 Nintendo unveiled a sequel to Super Mario Maker for Switch last week at a busy Nintendo Direct presentation. Although the company did not talk much about the game during this livestream, the first trailer of Super Mario Maker 2 says a lot. The trailer is full of news about what's new, and fans have chosen it for unexpected details.

The most obvious new additions in Super Mario Manufacturer 2 are the possibility of adding slopes – at the Great Mario World, a feature that Nintendo has dedicated to almost a third of the trailer – to the upgrade of the designs and new game elements of the game Wii U Super Mario 3D World, like cat suit, transparent chain pipes and enemies like anteater, piranha creeper, pork-deceiver and skipsqueak.

A little less obvious is more than necessary Super Mario Maker updates such as vertical scrolling levels, parts collection level goals, and custom scrolling (shown at the mark: 50 in the announcement trailer), a feature that allows you to achieve the appropriate levels of airship. Unfortunately, the trailer also confirms the addition of Super Mario Bros. 3& # 39; s Angry Sun, the case of nightmares.

Other new features, such as the ability to add parachutes to enemies and power-ups, are featured in the trailer and highlighted in the game's promotional illustrations.

This illustration also discusses new features that are not included in the trailer: a car to drive for Koopas, Bullet Bills with cat ears and scrolling Thwomps, for example. Hopefully the inclusion of Mario, Luigi, Toad and Toadette in the artwork will illustrate the fact that the four will be playable and distinct.

The Super Mario Maker subreddit contains an exhaustive list of all the rest of the Switch game trailer, new colorful Yoshis themes and warp-shaped pipes, if you want to go one step further.

Super Mario Maker 2 is destined for Nintendo Switch in June.