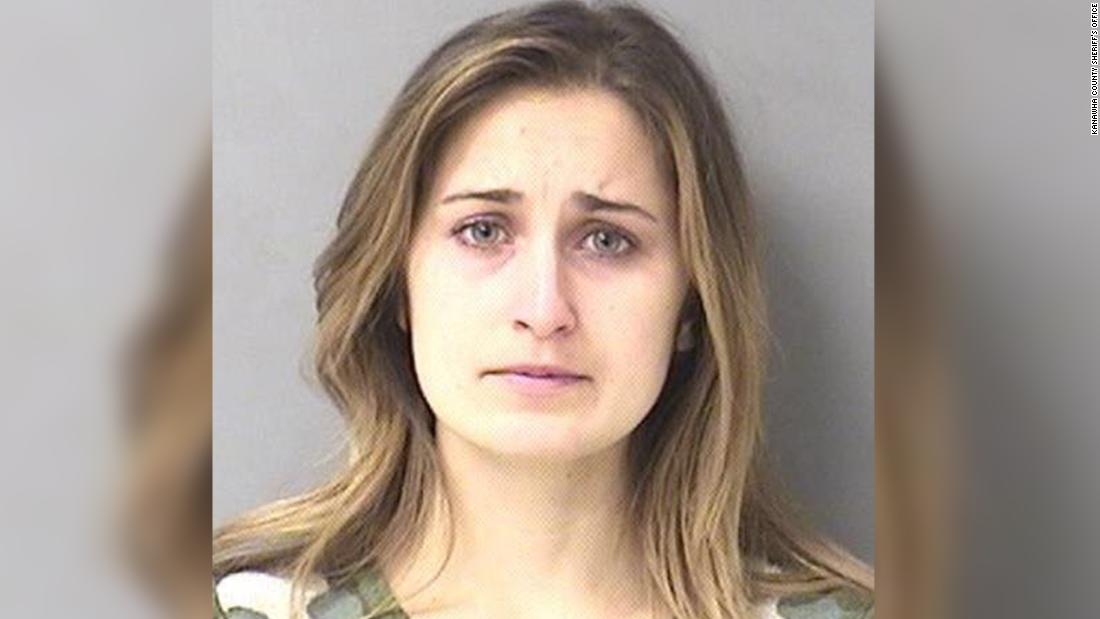 Ramsey Bearse, a 28-year-old teacher at Andrew Jackson Middle School near Charleston, West Virginia, reportedly sent the photos to a former student, according to the Kanawha County Sheriff's Office.

The boy's parents found the photos on his phone and spoke to the police last week. They stated that their son was a student at Andrew Jackson from Grades 6 to 8 and that Bearse had been a teacher there for part of that time, according to a criminal complaint.

In an interview with the police, Bearse admitted to having sent at least four photos of her topless via Snapchat from October through October, the complaint said.

She is charged with four counts of distributing obscene material to a minor, a crime.

The former beauty queen was suspended from her teaching position and released on bail of $ 10,000 after her indictment, the sheriff's office announced.

Bearse, who competed under the name of Ramsey Carpenter, was named Miss Kentucky in 2014.

She won the preliminary talent contest at the Miss America National Competition in Atlantic City for her traditional violin performance, said CNN affiliate WTVQ at the time. Her platform problem was to raise awareness about multiple sclerosis, which she was diagnosed with in 2010, reported WTVQ.