The full moon of snow, the biggest supermoon of the year, illuminates the sky 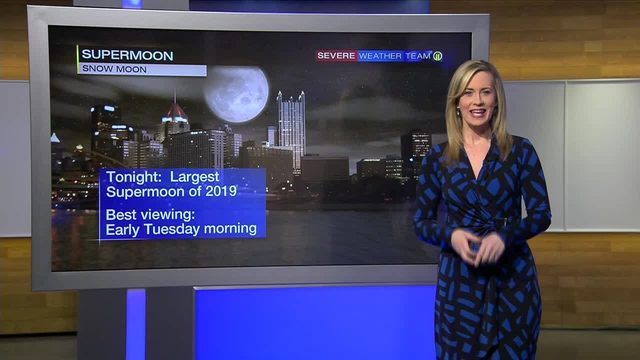 The full moon of snow, the biggest supermoon of the year, illuminates the sky

The Pittsburgh took a look at the largest supermoon of the year late Monday night and early Tuesday.

The moon of the snow, or moon of hunger, rose in the sky on Monday night and entered what is called the perigee, when the moon is closest to the Earth, which It's actually produced Tuesday morning, according to NASA.

The moon will appear much brighter and bigger Tuesday night in a phenomenon called supermoon.

While January is traditionally the coldest month of the year, the month of February is when it falls the most snow, hence the name Snow Moon. Since it was also difficult to hunt in February, Native American tribes and early American settlers also called it the Hunger Moon.

>> Related: The rising pink moon is visible in the night sky and announces spring