The highest paid job in all US states 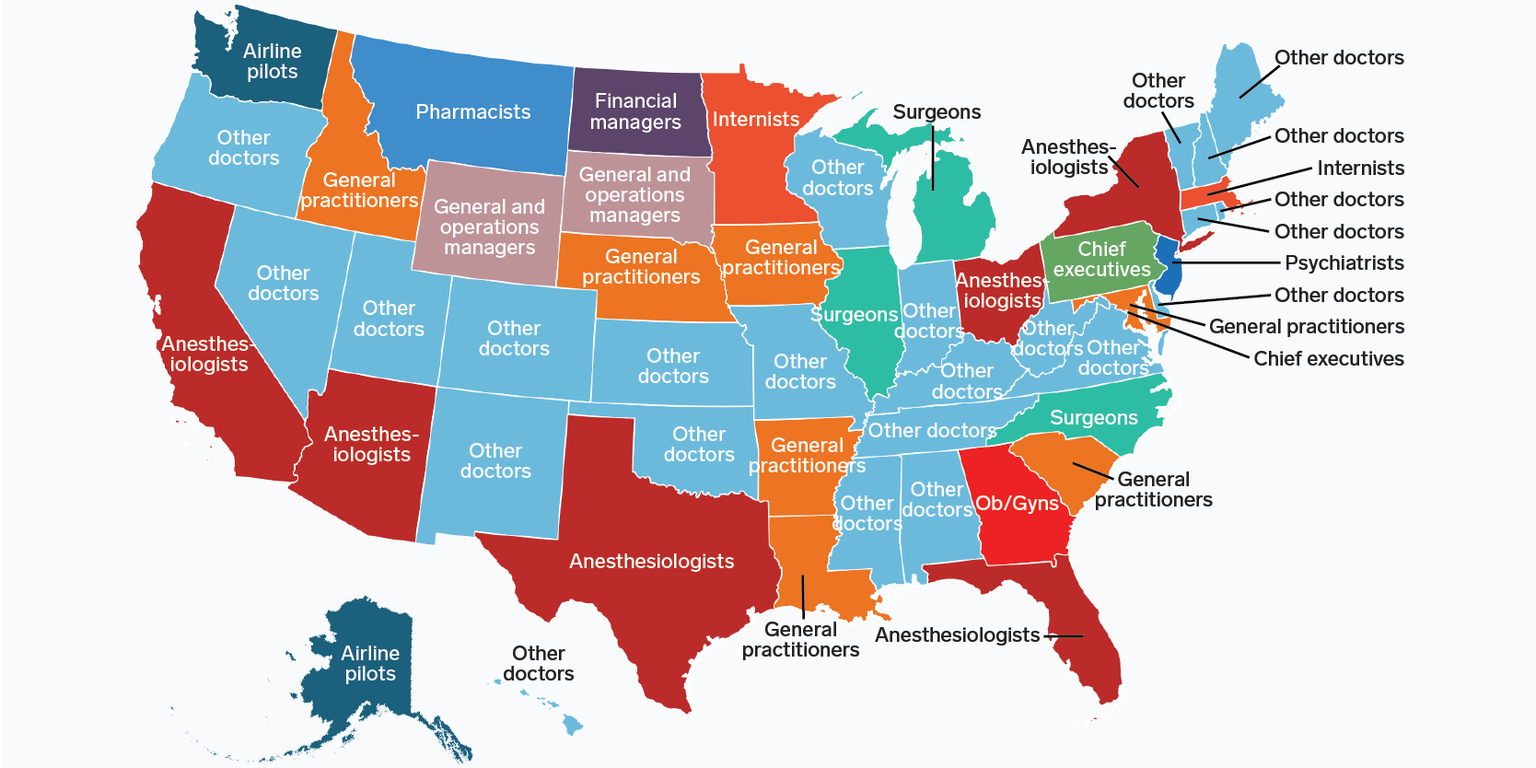 Doctors make a lot of money in the United States.

Using data from the Occupational Employment Statistics Program of the Bureau of Labor Statistics, we found employment in each state with the highest average annual salary as of May 2017 , the latest available data. For our calculations, we looked at jobs with at least 1,000 people in the state for whom the BLS reported average annual earnings.

As many of these jobs were the highest paid in many states, we organized the list in order of 12 jobs listed on the map above. We have also included a list of the states for which this job is the best paid, as well as the average annual salary of this job in these states: