The largest plane in the world takes off 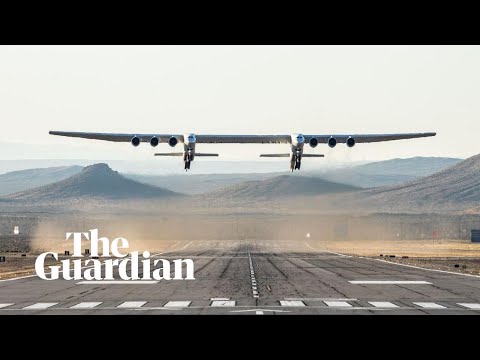 A giant six-engine aircraft with the longest span in the world – surpassing Howard Hughes' famous Spruce Goose – took off from California for its first flight on Saturday. The double-fused Stratolaunch jet took off from Mojave Air and Space Port and climbed into the desert sky 70 miles north of Los Angeles. He managed to land two hours later. The aircraft is designed to carry up to three rockets loaded with satellites under the center of its huge wing, which extends for 385 feet, or 117 m. At an altitude of 35,000 feet, the rockets would be released, ignite their engines and launch into space.
World's longest-flying aircraft takes flight, breaking Spruce Goose record