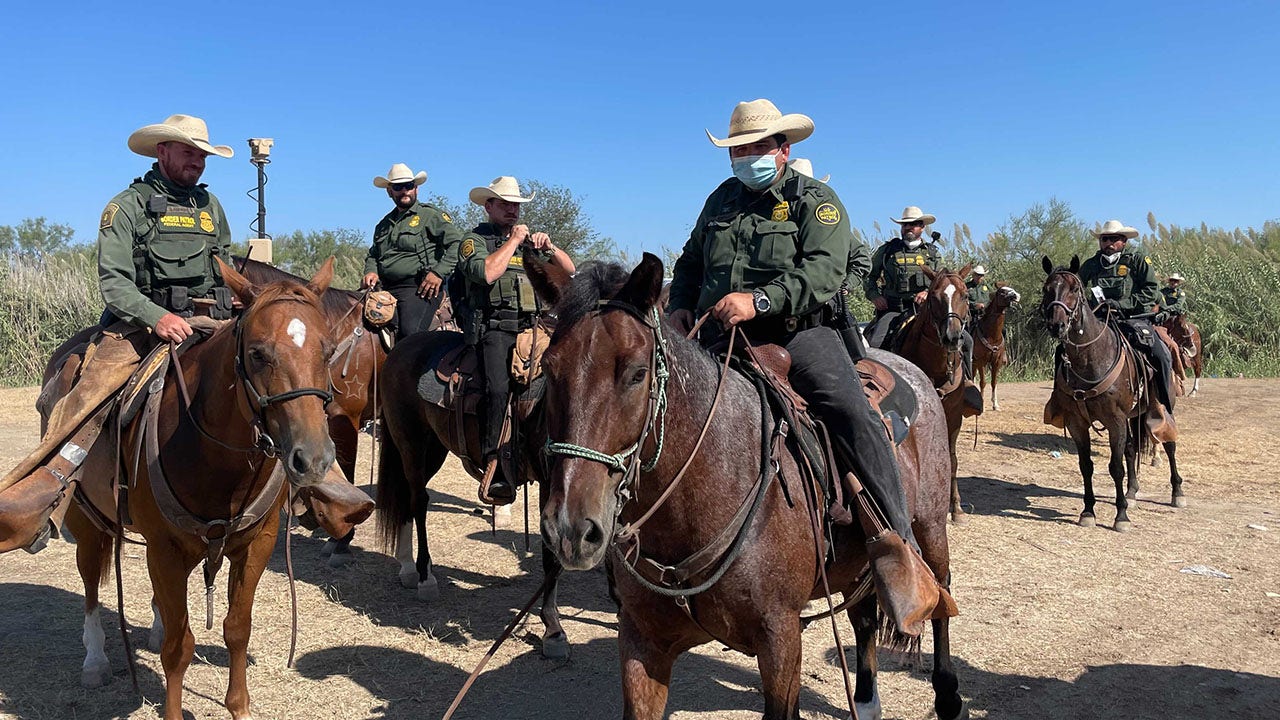 The New York Times became the latest outlet to issue a correction after initially broadcasting the story that border patrol agents mounted on the southern border were whipping Haitian migrants.

After photographs surfaced of border patrol officers on horseback confronting Haitian migrants, more information on the footage revealed that the ropes swung by officers were only used to control their horses. The Biden administration and much of the media, however, pushed the refuted claim that the reins were used as whips. President Joe Biden even promised that the officers would “pay” for their alleged behavior.

“The footage of officers on horseback chasing, and in some cases using the reins of their horses to hit fleeing migrants, came as Mr Biden’s administration prepared to round up and forcibly evict more than 2 000 of the 15,000 migrants who gathered at makeshift camp in Del Rio, Texas, “The Times wrote of the scene.

The outlet has since updated the report to read: “Images of border patrol officers on horseback waving their reins while pushing back migrants …”

“An earlier version… exaggerated what is known about the behavior of some border patrol officers on horseback. As officers waved their reins while pushing migrants back into the Rio Grande, The Times saw no evidence conclusive that the migrants were hit with the reins, “the correction at the bottom of the play read on Monday.

Not everyone gave The Times the benefit of the doubt.

“There is no way Michael Shear and his editors did not know it was a lie when they published the first version of the story,” tweeted John Daniel Davidson, political editor of The Federalist.

“A huge correction of the @NY Times, yet the left continues to broadcast this fake news, “tweeted NewsBusters, the watchdog for conservative media.

The Times edition came after Axios deleted a tweet that said border patrol was “whipping” Haitians, noting that some journalists at the border had not witnessed any whipping. The outlet initially reported on Sunday that Texas Governor Greg Abbott, R., was offering jobs to “border patrol officers who flogged the migrants.”

Freelance photojournalist Paul Ratje, who took the photos, told El Pasto news channel KTSM that he had “never seen them flog anyone.”

“He was rocking it, but that can be misinterpreted when you look at the photo,” Ratje added.

“But you helped peddle the lie and move the narrative forward, so it was worth it … or something,” NewsBusters editor-in-chief Curtis Houck tweeted.

Erin Perrine, communications director for Sen. Ted Cruz, R-Texas, tore up the media for “viciously” creating the lie and said they, and the White House officials who helped him, had to an apology to Border Patrol.

Fox News contributor Joe Concha had little hope that these corrections would be printed or that an apology would be issued.