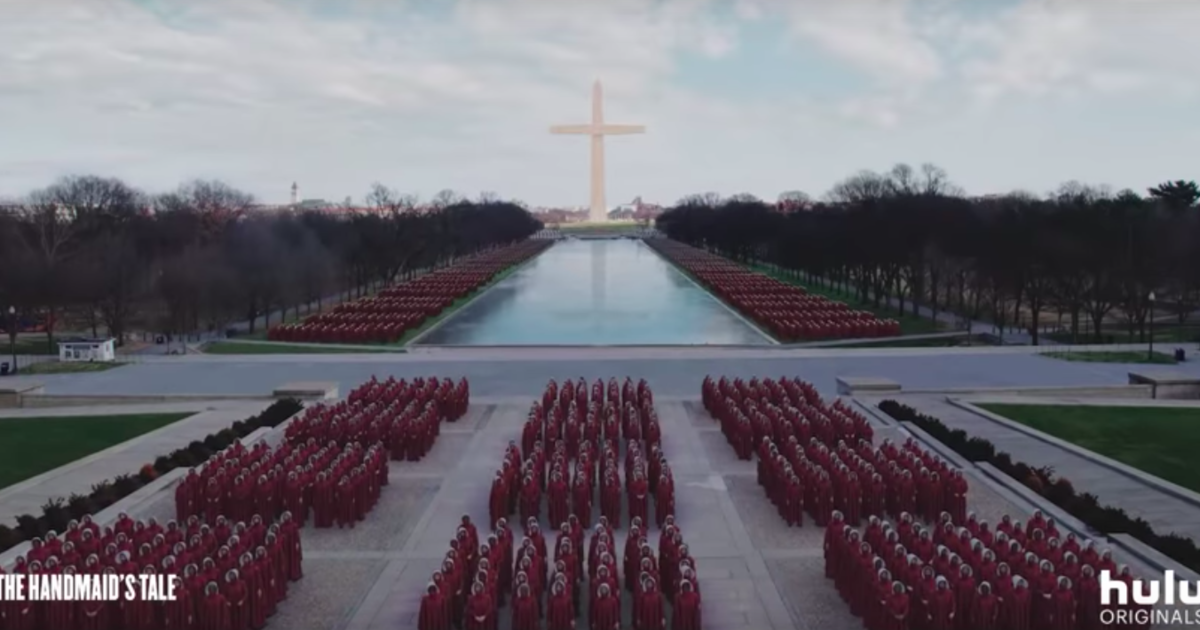 The Hulu dystopian series "The Handmaid's Tale" was spinning on Friday's National Mall – delighting fans and possibly confusing. Stars Elisabeth Moss, Yvonne Strahovski and Joseph Fiennes were seen on the set, according to information posted on social networks.

Fans of the show were thrilled to have a glimpse of the new season as a fleet of maids lined up on the steps of the Lincoln Memorial.

Some spectators initially thought that the actors in red cape and white cap were perhaps protesters, a wink at the parallel between the show and real life. Protesters disguised as maids at confirmation hearings before Supreme Court Justice Brett Kavanaugh last fall. In 2017, a similar event took place during Vice President Mike Pence's visit to Colorado.

"It is said that in 2019, we had to see this closely to determine whether there was a protest or a filming of the season 3 of & # 39; "Handmaid's" Tale "(that's the last)," said journalist Rachel Bluth. tweeted.

A trailer for the third season of the award-winning drama debuted at the Super Bowl earlier this month. The caravan ended with a cliché of maids surrounding a reflective pond in the capital of Gilead, with a cross at the end where the Washington Monument should be. "They should never have given us uniforms they did not want us to be an army," says June, Moss's personality.