The most critical glacier in Greenland suddenly wins in ice, but it may not be a good thing 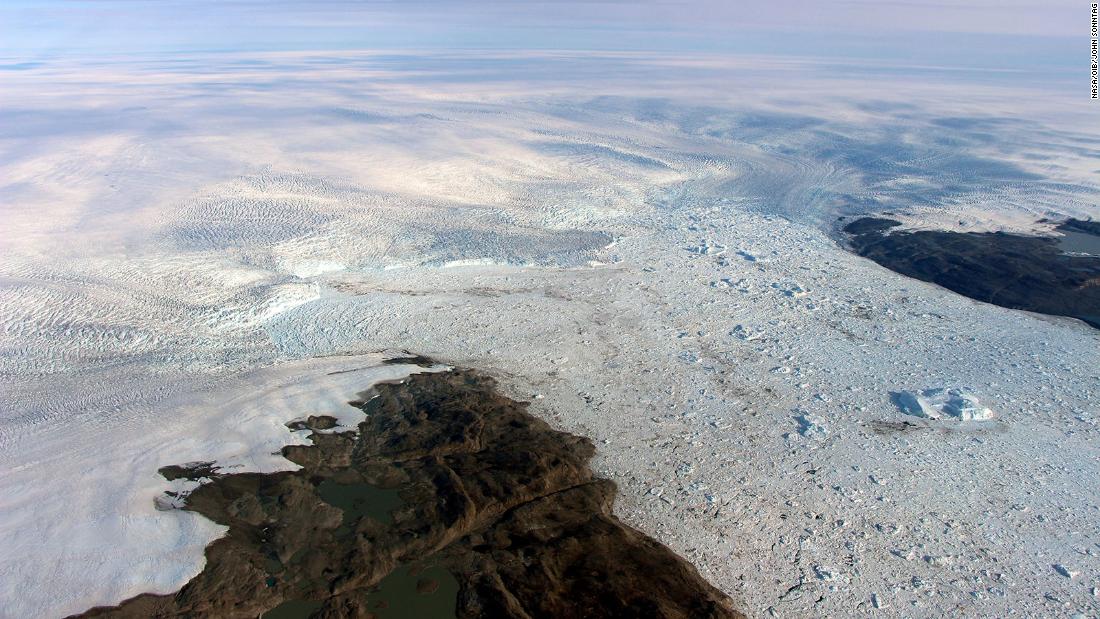 Although this discovery is surprising and temporarily good news for the glacier, limiting its contribution to sea level rise, the reason for the ice accretion could be catastrophic in the long run.

For two decades, Jakobshavn has maintained remarkably steady thinning, which scientists say would continue, if not accelerate, due to large-scale warming of the polar atmosphere and oceans – but this rate has slowed considerably in 2014 and the glacier is actually thickened between 2016 and 2017, and again between 2017 and 2018, according to the study.

"At first we did not believe it," said Ala Khazendar, the lead scientist at NASA. "We thought pretty much that Jakobshavn would continue as if nothing had happened in the last 20 years."

Jakobshavn Isbrae, full name of the glacier along the west coast of Greenland, was the largest glacier in the world having lost speed and the greatest loss of ice in the last 20 years, making it by far the main factor of rising sea level. mainly frozen island.

In fact, according to Khazendar of NASA, the melting of this single glacier contributed to the average rise of the oceans of 1 millimeter between 2000 and 2010.

And even though Jakobshavn has gained ice at the lowest levels at which it enters the sea, it still contributes to sea level rise because its melting rate in the ocean is always higher than that of the sea. accumulation of ice on the glacier, according to the researchers.

The glacier controls a pool with enough ice that, if fully melted, would raise the world's oceans by about 2 feet.

It is this threat and the speed with which Jakobshavn has been chipping ice in recent decades that has pushed many scientists to the icy coast and made the glacier one of the most studied glaciers in the world, if not the most studied.

Khazendar, with a team of scientists from NASA's Jet Propulsion Laboratory (JPL), has been able to use a number of different NASA datasets that analyze the ice, oceans and atmosphere of Greenland, including those of recent targeted search missions called Oceans. Melting Greenland (OMG) and Operation Ice Bridge, to determine the probable cause of the recent Jakobshavn turnaround.

Scientists have attributed ice gain to localized cooling of the ocean.

Researchers believe that cooling is linked to a natural variation in climate in the northern hemisphere, called the North Atlantic Oscillation (NAO), which can warm or cool the northern parts of the Atlantic Ocean during several years (not very different from the impact that El Nino and La Nina can have on Pacific Ocean temperatures).

Through detailed observations, Khazendar and his team managed to follow this colder water from the North Atlantic to Disko Bay.

"Over the past 2-3 years, the role of the ocean has been dominant," Khazendar said.

But at the end of the 90s, it was very hot water that entered the bay and melted the sea ice that protected the Jakobshavn glacier, triggering the unprecedented melting that characterized the glacier over the next two decades. .

"It's like a 20-year experience in manufacturing," Khazendar said.

Resume, not a resurrection

The cooling of the North Atlantic is a shock on the radar, a localized effect that will eventually warm up at the return of the oscillation of the NAO. This will happen at the same time as climate change will activate the thermostat of the Earth's oceans.

"It's a reprieve," Khazendar told CNN about the recent thickening of Jakobshavn Glacier, "not a resurrection".

Scientists have warned not to read too much information about one of the world's most critical glaciers, suddenly and unexpectedly gaining ice.

"The odds of this continuing are very low in my opinion," said Eric Rignot, glaciologist at UC Irvine and NASA's senior JPL researcher, who was not part of the study. "It's only a matter of time before the glacier starts to thin again – maybe this summer, maybe next year."

Despite the presidential tweets on climate change, a few cold days in one part of the world do not cancel the global warming of the planet. We "must not confuse climate with local variability," said Rignot. "This is what we see here."

The results of this study show that glaciers are extremely vulnerable to hot and cold temperatures, which is not good news for the future.

Studies show that over 90% of the heat released by global warming is spread directly into the oceans, resulting in an increase in the heat of the planet's oceans every year.

"The next time the warm waters come back to Jakobshavn, they will be even hotter," Khazendar said.