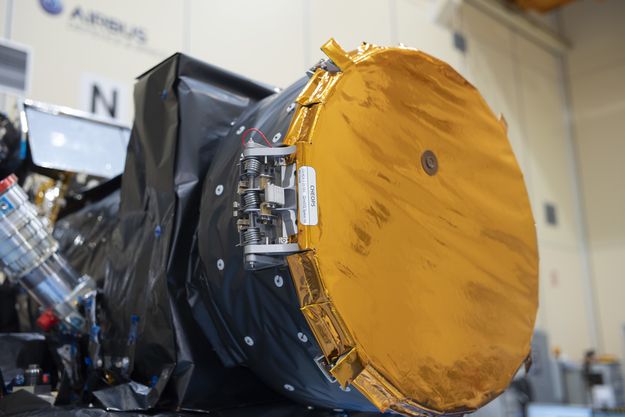 A European spacecraft studying exoplanets has been allowed to take off this fall.

the Characterization of the exoplanet satellite European Space Agency (ESA) officials announced on Monday (11 March) that they had successfully completed a critical study to assess their state of readiness for flight and their ability to achieve their key objectives of flight. mission.

On February 19, "a panel of experts met to draw its conclusions and stated, to the satisfaction of the project team, that CHEOPS is really ready to take off," he said. said the ESA official. said in a statement. "All eyes can now turn to launch and flight operations."

If all goes according to plan, CHEOPS will fly into earth orbit this autumn from the Kourou spaceport in French Guiana to the summit of a Soyuz rocket managed by the French company Arianespace. The launch window extends from November 15th to 14th.

CHEOPS will study the stars already known for hosting planets, especially Earth-sized worlds at Neptune. The spacecraft will monitor the "transits" of these exoplanets on the faces of their host stars, measuring the resulting luminosity hollows over an operational lifetime designed to last at least three and one-half years. (NASA's Transiting Exoplanet Survey, satellite chase to extraterrestrial worlds following the same strategy, just like the prolific campaign of the US Space Agency). Kepler Space Telescope.)

"The information will accurately measure the size of planets in orbit," said ESA officials. says in a different statement. "Combined with measurements of planetary masses, this will provide an estimate of their average density – a first step in characterizing planets outside our solar system."

CHEOPS research will be conducted at a lower cost; it is a small class mission, accounting for about 50 million euros ($ 56.5 million at current exchange rates).

ESA has several other exoplanet missions under development. PLATO (Transitions and Oscillations of Planetary Stars), whose launch is planned for 2026, will look for rocky extraterrestrial worlds capable of sustaining life. And the infrared extranet of large atmospheric remote sensing survey, ARIEL, will take off in 2028 search for composition links between exoplanets and their host stars.

In addition, the Gaia satellite, launched in December 2013 to create an ultra-precise 3D map of the galaxy of the Milky Way, is expected to discover thousands of exoplanets by the end of its work, announced officials of the ESA.