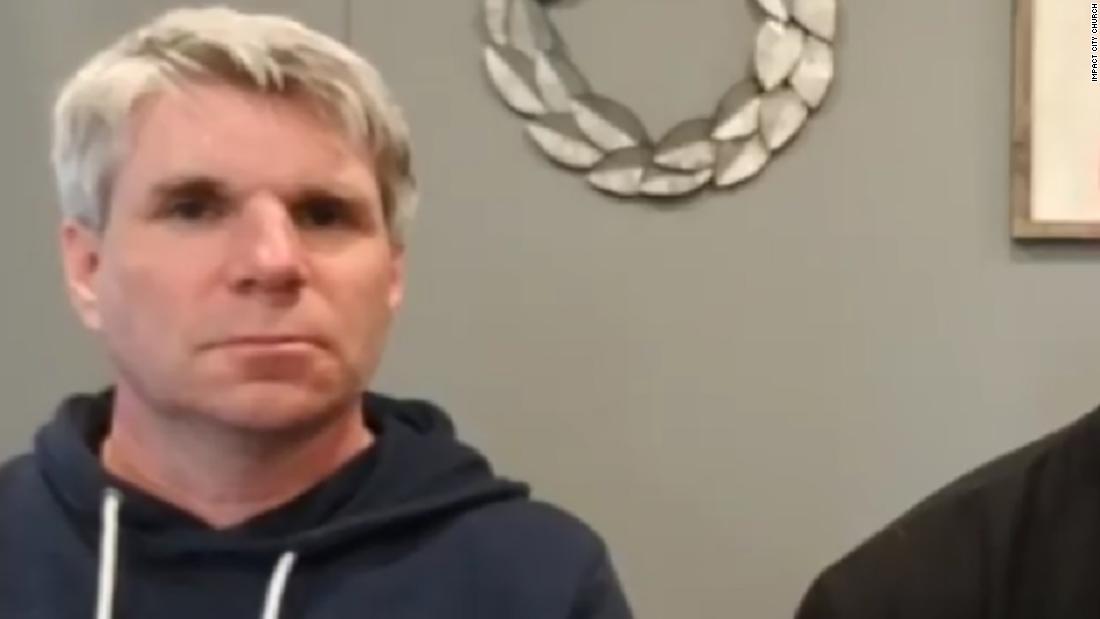 Impact City Church's Pastor Principal, Justin Ross, and Associate Pastor, Jaddeus Dempsey, went on Facebook this week to publicly apologize to students who were participating in unusual activity after the event. School on Monday.

It was at this point that Dempsey decided to share his message with the students about Easter, in a way that he later said, "crossed the line".

"Jaddeus stood up in front of the students and he said:" I'm going to ask you to do something that may sound a little crazy, but if there is anyone here who would like to spit in my face, you can do it without any repercussions, "said Ross on social media, describing the event.

Some students accepted it. Then he told them that they could slap him. Many have done it.

Finally, Dempsey pulled out a steak knife and put the same conditions.

A student took the knife and sliced ​​his back.

The students took out their phones and started posting on social media. The videos of this day show students standing in line in front of the pastor and spitting at him in the face while others laugh.

"Can I do it again?" another request.

Another video shows students trying to cut off the pastor's back before he seems to say, "Make me bleed".

The affiliate also said that the Licking County Sheriff's Office had opened an investigation.

The intention was "honorable," says the pastor

The illustration went too far, Ross said in a video that the Pataskala church later downloaded. But, he said, he was used to explain a "very important topic about crucifixion".

"The reactions are appropriate," said Ross. "Many of you were disgusted, many were hurt by it, many of you were very confused." Even though the activity was inappropriate, he said that "the intention was honorable".

After having let them spit, slap and cut him, Dempsey sat the students and told them about Jesus, his trial, his crucifixion and how he was "beaten, he was smashed, he was flogged he was crucified and died innocent. "Ross said.

"[Jesus] chose to allow them to spit on him and beat him and crucify him in order to take payment of our debt we call sin, "said Ross. So Jaddeus, in order to share this message of love through the Gospel and the story of Jesus' crucifixion, he shared this illustration and tried to share some of the pain felt by Jesus this day. "

Ross said the church did not allow students or anyone to spit or slap others, or to "use a weapon to hurt anyone or to hurt themselves."

Dempsey says that nobody was aware of the activity

In the same Facebook video of the church, Dempsey said it was completely his idea and that no one else was aware of his plans.

It was exaggerated and bad judgment, he said.

"I'm really sorry to misrepresent the community, the church, the parents, the students and all the people I've hurt," Dempsey said. "It was not my intention, my intention was simply to show them how much Jesus loves them and I love them."

Dempsey said that he was a student leader for almost four years and that Monday's activity was "an anomaly and is not normally what happens".

Many Facebook users came to Dempsey's defense after the incident.

The church said its board of directors would conduct a formal review and investigation.