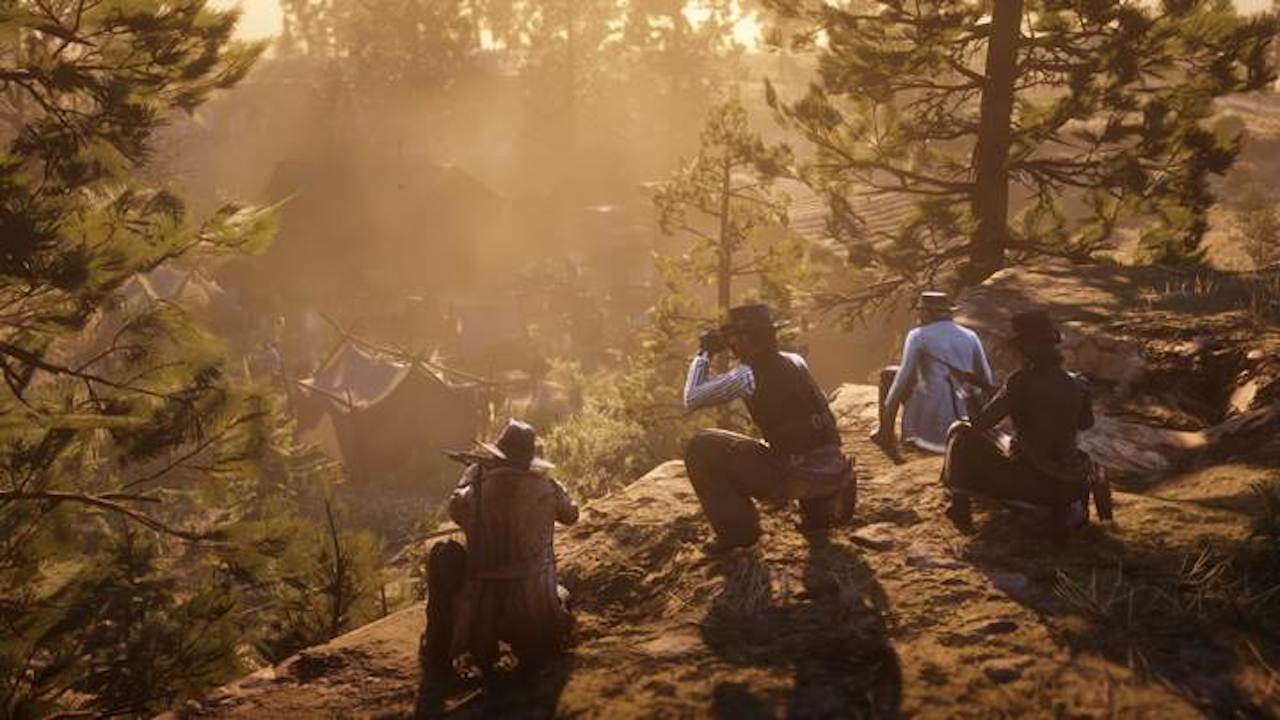 The first beta version of Read Dead Online has been launched. Holders of Red Dead Redemption 2: Ultimate Edition are the first players eligible to join the beta.

Rockstar has finally revealed the details of what Red Dead Online would imply, and one of the elements they already insist on is the return of the players so that they can continually improve their experience. The beta period will include additions and updates as time passes, and is a mode that can develop.

In Red Dead Online, players will be able to do anything: ride posse friends and camp together, carry out cooperative missions or compete against each other. As in solo play, exploring the world to assist strangers – or confronting them – will be a common activity, as well as for hunting, fishing, Free Roam challenges, and more.

XP will be automatically counted during your meetings, which will help you to increase your rank and give you additional bonuses. Items can be unlocked and attributes can be improved, as well as reward challenges that can be completed to earn rewards in 12 categories including Hunting, Fighting, Archery and Survival.

To begin in the open world, players must first create their character: appearance and attributes can be customized.

The starting point for Red Dead Online is at Sisika Penitentiary where players will receive a horse, organize a camp, hunt a treasure, use a skill card, and connect to characters from the game that will form the larger narrative. declared Rockstar. involves truth, revenge and honor.

The honor of a player will go up and down in Red Dead Online based on the decisions he makes in various situations, leaving the open world to respond to a player's actions. The missions will also change slightly depending on the current state of the honors.

Honor in the game will be developed throughout the beta, providing a deep cooperation experience for two to four players. In a land of opportunity, missions with a multi-game series will have some parts that will fluctuate depending on the player's honor in the longest course and what he is looking for.

Stranger icons on the map will take players to Free Roam missions. These missions will also be based on your level of honor. One can ask someone who is dishonorable to get a criminal out of jail, while one of the nobles can help escort a convoy of gangs.

Red Dead Online includes 5 new game modes. Players can enter any of the Showdown series' scoreboards for quick mapping into modes. One of the new modes includes a royal battle – without firearms.

This includes one of two game modes, in which players can use only one bow and a handful of arrows or throwing knives, to be the last to stand. The players' zone will gradually decrease, which will create more challenges and will not hide anything.

Classic shooting modes where players have unlimited lives. Whoever kills the most before the end of time wins. Sudden death will occur if there is equality.

The most sought after

A race to the top, each kill, you climb higher in the dashboard. Whoever is closest to the top – players who kill that person will receive more points.

A capture mode where the teams try to seize territory to control the terrain. The points will increase with each capture and the team with the most points will win. Teams can win immediately if they capture each territory.

A mode with a free match or team. More points will be awarded for different weapons as you accumulate casualties.

Jessie Wade is a new writer for IGN and thinks it's amazing to have a royal battle with bows and arrows. Chat with her on Twitter @ jessieannwade.