The optical illusion exposes a delay in the brain 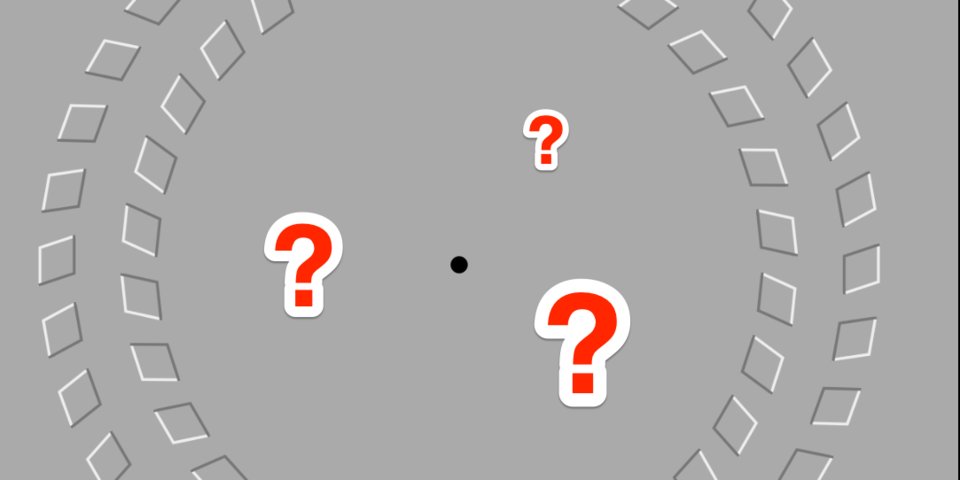 The human brain is a wonderful thing, but it is certainly not perfect, as evidenced by this optical illusion that breaks the brain.

In a study conducted by scientists from China's Chinese Academy of Sciences, these scientists proved that the brain was delayed when it visualized certain optical illusions, including the illusion of Pinna-Brelstaff.

Although it may look like two circles around a point, look a little closer. First, focus on the point. Then start to bring your head closer – the circles should seem to turn! Now move your head to normal, slowly. The circles simply reverse the direction and turn in the other direction.

This illusion has existed for years, but its cause has never been clearly defined.

"It's a bit like if you were attending a party where you were listening to a voice among a lot of noise," said Ian Max Andolina of the Chinese Academy of Sciences in New Scientist. "The physical movement is like a background noise and the illusion is the voice in the noise that you have to hear, it takes a little longer to do that."

Read more: There is an animal hidden in this optical illusion, but you have to shake your head to see it

The study used macaques (a type of monkey determined to perceive illusory movement in the same way as humans) to show that there is a tiny – but significant – delay between brain neurons that perceive the movement, namely the circles in motion and the neurons that perceive the local movement. . Local movement neurons detect that nothing really moves, but they need a few beats to catch up with our eyes.

How long does it take your brain to understand it?