The quest for galactic relics from the primordial universe 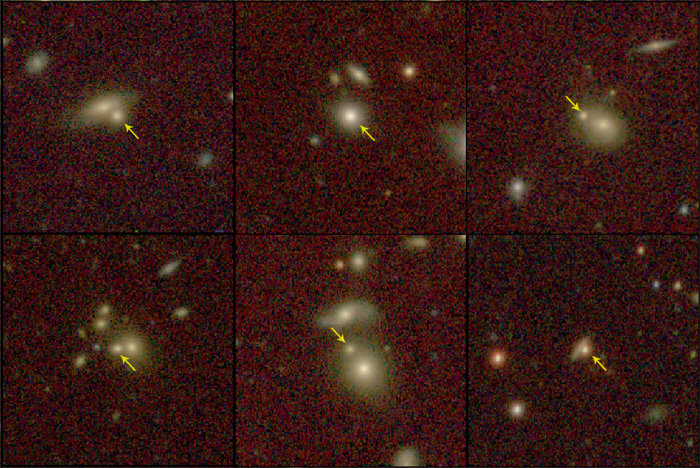 A new study reports the characteristics of massive and ultracompact galaxies. It was published in the newspaper Astronomy and astrophysics and was conducted by an international team led by Fernando Buitrago of the Instituto de Astrofosica e Ciências do Espaço (IA2) and by the Faculdade de Ciências da Universidade de Lisboa (CULF).

The massive ultracompact galaxies have several times more stars than the Milky Way, equivalent to 80 billion suns, and are therefore very bright. But their stars are densely packed in a size much smaller than the Milky Way. The researchers identified a new set of 29 galaxies with these properties at distances between 2 and 5 billion light years from Earth.

Seven of these shy heavyweights are actually primordial galaxies that have not been touched by others since their formation more than 10 billion years ago. These so-called relic galaxies reveal the appearance of galaxies in the early ages of the universe, although they are located in our galactic neighborhood.

"When you study very small objects and study them in the distant universe, it is very difficult to talk about them," explains Fernando Buitrago. "As this sample of galaxies we have studied is in the near universe and relatively close to us, thinking that they are really small, we have a better chance of exploring them."

The researchers found only 29 of these galaxies in the most comprehensive study of the local universe. "They are so rare that we need about a volume of nearly 500 million light-years to find one," says Ignacio Ferreras, the second author of the study.

Ferreras determined the age of the stars in galaxies, separating the older and reddest galaxies from the blueest and youngest relics. Fernando Buitrago explains that it remains to understand how these relics are preserved as such through cosmic time.

According to the paradigm of formation and evolution of galaxies, these ultra-compact relict galaxies could be spared only by merging with others and evolving by residing in clusters of overcrowded galaxies. This may seem counterintuitive because galaxies in such congested environments would interact more easily and lose their original properties, but Buitrago states, "In a place where there are many galaxies, there is also a lot of gravitational pull, and the speed of galaxies is very high, so galaxies intersect without enough time to interact significantly. "

"The surprise came when we realized that not all galaxies in our sample live in such systems," adds Buitrago. "We found them in a variety of environments, for those living in underdeveloped neighborhoods, it's very difficult to explain."

In this study, researchers have tried to measure some properties of these objects, such as their size and age, but they are now asking for time observation with large ground telescopes. In order to understand their past history, they would like to study in more detail the regions of the space in which they are located, the other galaxies that surround them and their relative positions in space.

Explore further:
Reveal the origin and nature of the periphery of the stellar megacity